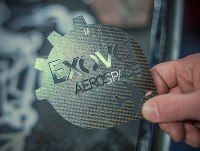 A multi-million-Euro investment in the aerospace sector by global testing group Exova is set to give customers access to unrivalled fatigue testing capacity in Europe.

The new, €2.8 million flagship site in Toulouse will drive expansion in Exova’s aerospace composites and metals testing. It will provide a 25% increase in capacity with an additional eight fatigue testing frames, a new milling machine, and an increase in scanning electron microscope (SEM) capability.

The facility, which already employs 53 personnel, will see the addition of a night shift along with five new skilled roles. The laboratory specialises in fatigue testing, crack propagation and fracture toughness of airframe and aircraft engine components and materials, as well as comprehensive testing services for non-metallic composite materials.

The investment will form part of Exova’s global aerospace testing network, which has 13 Nadcap approved facilities in locations including the Czech Republic, UK, USA, and Sweden.

The 1650 sq metre expansion – due to be fully operational by December 2013 – has been prompted by an increased demand for testing expertise in the aerospace sector, as a new generation of aircraft and engines move from development to production.

Stuart Abbs, director of European Aerospace at Exova, said: “Aerospace companies need to be confident that their products have undergone the technically demanding testing required to deliver a competitive edge, while meeting their overriding objective of product safety and reliability.

“Sitting at the heart of the European aerospace sector, our Toulouse laboratory is strategically placed to support leading manufacturers and their supply chain, and this investment further underlines our commitment to growing both our capacity and capabilities in line with our customers’ needs.”