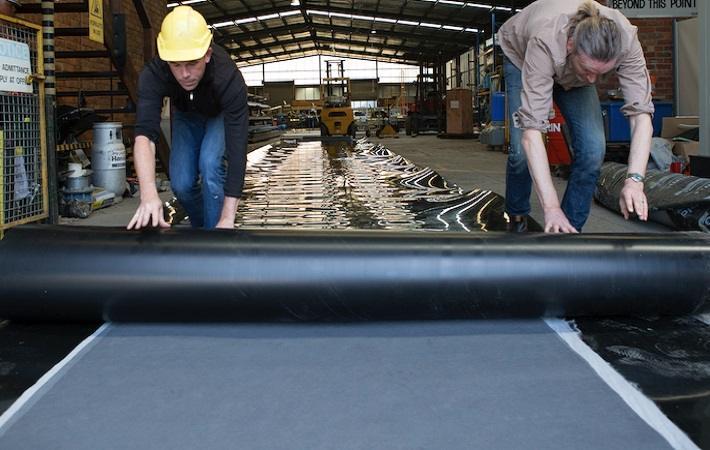 The global Geosynthetics market is predicted to be worth US$16 billion by 2018 according to analysts, Markets and Markets. The strategy of developing robust leak detection solutions as an entry point into this market was developed after detailed business discussions between Imagine IM and its initial commercial partner, Geofabrics Australia.

The first revenues from sales and licensing of imgne X3 masterbatch are anticipated to begin in Q1 2017.Imagine IM's goal is to maximise market presence and credibility in the global geosynthetics market as a precursor to entering other large industrial market verticals. Imagine IM's plant based in Geelong has sufficient graphene output capacity to meet current Australian forecast demand and to enable initial orders from foreign markets to be fulfilled.

The field trials were conducted using standard commercial 2mm thick HDPE geomembrane in a two-layer configuration, ensuring maximum electrical insulation of the tested geomembrane from the earth. Testing was to ASTM standards D6747-04 and D7852-13 using 2m wide, 25m long samples of imgne X3 conductive geotextile, coated on one side only. Deliberate, controlled holes were drilled in the geomembrane from 5mm diameter down to 1mm diameter.

The field trials confirmed that leaks down to 1 mm hole size, the minimum size tested, could be detected in the imgne X3 coated geotextiles using normal testing methodologies and equipment for trials of this kind. (GK)

Alexium bags orders for Alexicool fabrics from US & Europe