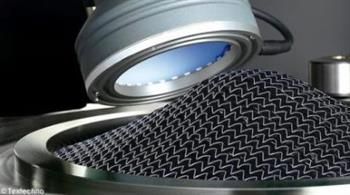 Saertex, the Germany based company having nine sites in eight countries on five continents, has developed a standardised testing method that has not existed for testing the drapability of fabrics and its related parameters.
Saertex had developed a prototype for measuring drapability in a project funded by the German Federal Ministry of Economics and Technology (BMWi), the company said on its website. The resulting testing device is now available under the name 'DrapeTest' and is sold by the company Textechno.
However, in order to use this device to deliver comparable test results, it was first necessary to develop a binding test standard.
On the initiative of Saertex, the DIN Spec 8100 'Innovative testing method for technical textiles' is now prepared and will be published next month. This will allow Saertex to offer its customers an even more precise service in future, the company said. (RKS)

A Celli selected by Eruslu Nonwoven for new end-line
Machinery