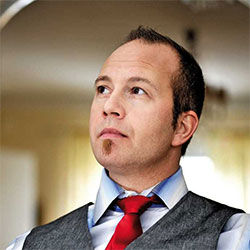 TT: How do you foresee the outlook of Nonwovens Converting Industry worldwide in next five years? Which are the emerging markets according to you?

Growth in the nonwovens industry is strongly correlated to the GDP and the purchasing power. In line with this, the largest increases in nonwoven production, converting and consumption will take place in regions with strong economic growth, especially in those countries that currently have a low penetration. In other words, the demand for nonwoven products will continue to increase in countries such as India and Indonesia.

TT: What are the major bottlenecks for investing in nonwoven and nonwoven related converted products in developing markets compared to that of developed markets?

The lack of experience and technical knowledge in the developing markets tend to make potential investors a bit cautious. Our experience is that many clients are eager to enter into the nonwoven industry, and most of them see the great growth potential, but quite few dare to invest in nonwoven equipment. Since we are able to guide these companies in the right direction, we feel that we fulfil an important role in this context.

TT: How do you see the Indian Market as a major consumer / producer of Nonwovens? Where lies the opportunity for a country like India?

We believe in a strong growth for nonwovens in India. Due to a growing middleclass and increased purchasing power, the disposable hygiene sector will become considerably larger, the demand for sanitary napkins will also grow due the governmental subsidies. Of course, there are opportunities also in production of durable nonwovens, especially in the construction market. Due to infrastructural investments, the demand for nonwoven geotextiles will continue to grow. According to Industry research, approximately 37 million square meters of geotextiles were rolled out in India in 2008 and the prediction for 2018 is 113 square meters.