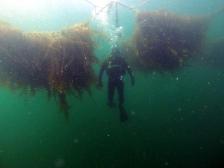 European researchers have developed advanced textiles which can help harvest seaweeds on a large scale and which present potential to create a multi-billion euro industry in Europe – boosting growth and jobs.

Seaweed is an important but under-exploited resource for food and feed ingredients, bio-chemicals and the production of biofuels, but until now, it has been difficult to harvest efficiently on a large scale.

Tests of AT~SEA’s textiles at trial sites have produced yields of up to 16 kg of wet seaweed per square metre – three to five times the yield of traditional seaweed farming,.

Currently, seaweed is obtained by harvesting wild seaweed or by rope-based cultivation. Neither of these scale up easily as both methods are labour-intensive with relatively low yields.

The project team developed textiles that support large numbers of seaweed plants without breaking up or attracting unwanted plants or molluscs. Bio-sourced coatings on the textiles protect young seaweed and boosted growth.

The textiles are suitable for large, 1 mm-thin mats on which seaweed plants grow, held a couple of metres below the sea’s surface.

When the seaweed is fully grown, ship-based machines cut the plants from the mats and direct them to flexible storage tanks made from AT~SEA’s advanced textiles.

AT~SEA will start cultivating 200 square metres of mats at each of the three trial sites. The aim is to evaluate their potential for commercial use. It is estimated that yields could increase to 20-25 kg per square metre as techniques are refined further.

The AT~SEA consortium has applied for a patent on the textiles. After the project ends in July 2015, the consortium plans to establish a 2 to 3 hectare cultivation site through a commercial company to be spun off from AT~SEA.

The project also sees commercial uses for the textiles beyond seaweed cultivation. These uses include other types of aquaculture and flexible containers for transporting fresh water by sea.

Belgium-based technical textiles producer Sioen Industries is one of seven companies involved in the project, along with four research centres.

Project coordinator Bert Groenendaal from Sioen said that farming seaweed on the scale made possible by the new textiles can help create a multi-billion euro industry in Europe – boosting growth and jobs.

He said, “The economic potential for seaweed is huge. Businesses are interested in seaweed for many different applications such as food and food additives, animal feed, chemicals and even fuel.” (AR) 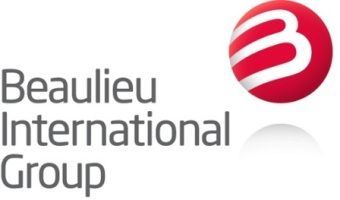 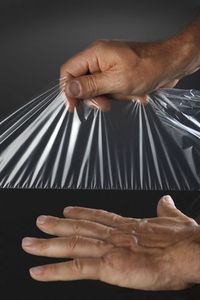 SAP will now be produced from renewable raw materials