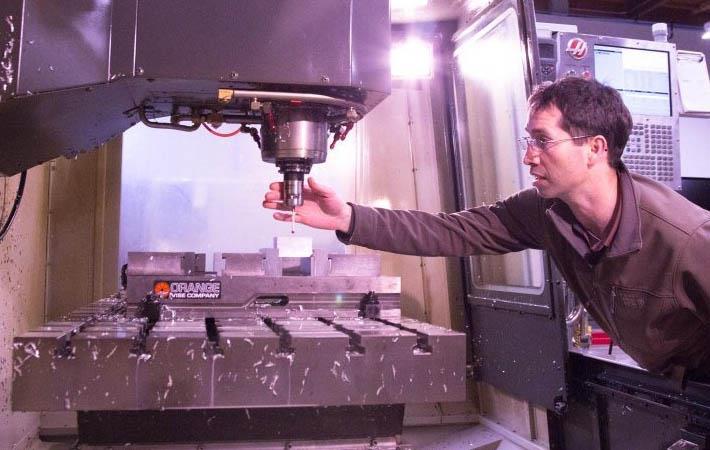 Pic: Arris Composites
Arris Composites, the pioneer of next-gen composites, has raised $10 million in Series A funding, led by NEA. Arris has spent the past two years in stealth developing the ultimate metal replacement - continuous carbon fibre composites - that can be combined with metals, plastics, wires, and other materials for aerospace, automotive, and consumer products.

High-volume manufacturing has largely remained unchanged throughout the past several decades. Although metals have poor strength-to-weight performance, they are still used in portable devices and transportation since they can be produced quickly and cost-effectively. There has been a lot of talk around carbon fibre, which has unparalleled strength-to-weight performance, but production speed is too slow and too expensive for mass market products. 3D printing has promised to change manufacturing, but limited production speeds and high material costs have kept the technology from entering true high-volume manufacturing.

To address the scalability problem of 3D printing and the steep costs and limitations of composite manufacturing, Arris has assembled a team of industry leaders from both 3D printing and conventional high-volume manufacturing. They have developed precisely aligned composites using a novel high-speed manufacturing process that has disruptive design capabilities.

“I’m extremely excited about what Arris is building,” said Jeff Immelt, venture partner at NEA, and former CEO and chairman of GE. “What we did in automotive to replace non-structural metal with low cost/lightweight injection molded composites in the 1980’s - Arris has now enabled for the rest of the vehicle.”

Continuous fibre composites are the ideal platform material because they offer a wide spectrum of performance and cost options along with a high degree of product variability from a single system. Through its proprietary manufacturing process, Arris is developing continuous carbon fibre parts that outperform 3D-printed metal and composite aerospace parts in structural properties, minimum feature size, and manufacturing cost. While these parts can be produced with resins and fibres approved for aerospace, Arris also uses low-cost glass fibres and resins that are widely used in automotive and consumer products.

“The product architectures that are now possible with our high-volume manufacturing process unlock a host of competitive advantages for some of the highest revenue and highest value products in the world,” said Ethan Escowitz, founder and CEO of Arris Composites. “Vehicles and consumer products are being redesigned to take advantage of the mass market manufacturing technology of tomorrow. Things are about to get lighter and smaller, and Arris is making that a reality." (SV)

Faderco to get tissue production line from Valmet