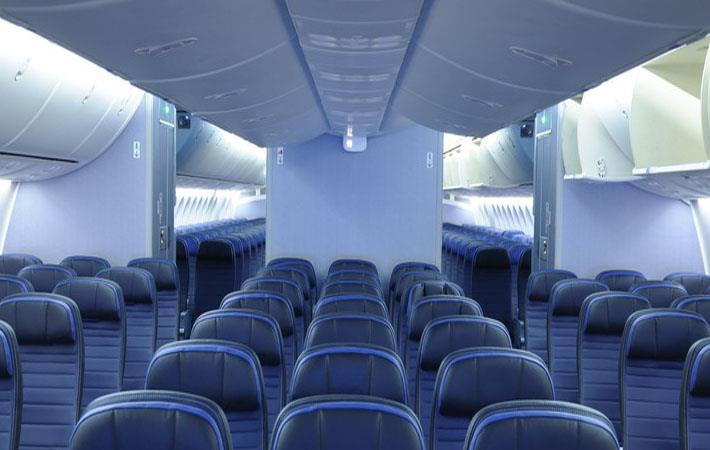 Carbon fiber offers a number of properties that aerospace manufacturers find attractive. It is lightweight yet stronger than both steel and aluminum. Carbon fibre offers exceptional dimensional stability, meaning components will not bend or warp when subjected to temperature, pressure, and humidity extremes. In the event of a fire, carbon fibre releases a low volume of heat, thereby not increasing the danger or exacerbating the fire.

Carbon fibre's high strength-to-weight ratio is key to producing ever larger airplanes with maximum capacity. If it were not for carbon fibre, the Boeing 787 Dreamliner would never get off the ground, the company said.

A number of interior components in the Dreamliner are also made of carbon fibre. The reasoning is the same: designers want a sturdy material that can withstand the punishment of air travel without adding unnecessary weight to the total package, it said. Carbon fibre is suitable for aerospace applications well beyond just the airframe. It is not just strength aerospace manufacturers are after, carbon fibre also boasts several other properties the industry finds attractive.

Commercial aircraft fly at anywhere from 31,000 to 38,000 feet. The typical passenger plane is subject to varying pressures, temperatures, and humidity levels. As such, the components of a plane have to offer exceptional dimensional stability over prolonged periods of time. Carbon fibre fits the bill.

Dimensional stability is defined as the amount of change – as a percentage – an object will endure both transversely and longitudinally. In simple terms, it is the ability of an object to maintain its original shape even when exposed to temperature and humidity changes.

The fear of fire is something that aircraft designers are constantly having to deal with. A plane flying at 31,000 feet becomes a death trap in the event of a serious fire. Even on the ground, fire is a big problem. As such, manufacturers look for materials with low heat release. The heat release rate (HRR) of a given material is measured by the amount of heat it produces during combustion. Heat itself can be a deadly enemy during a fire. But there is something else to consider - high heat can actually help a fire burn. It can make a fire more destructive. Products with low heat release are preferred for aerospace manufacturing, Rock West Composites said.

It is not just fuselage panels and wings of an airplane, there is more carbon fibre in a passenger plane than most people think, Rock West Composites, which supplies carbon fibre parts and materials for commercial aircraft manufacturing, said in a recent blog on its website. It is due to many factors including carbon fibre being lightweight yet strong.
Raw Material