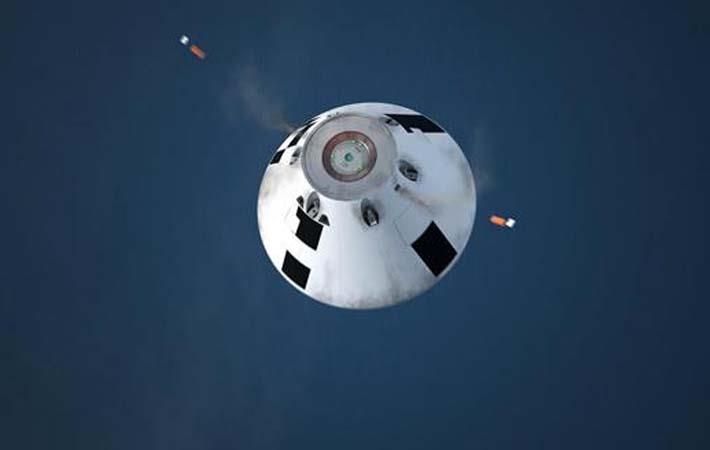 Essity first collaborated with NASA’s Cardiovascular and Vision Laboratory at Johnson Space Centre to develop a specialised three-piece JOBST gradient compression garment (GCG) that was tested for its ability to protect against post-spaceflight orthostatic intolerance in astronauts following two-week Space Shuttle missions. More recently, the JOBST garments have been tested in astronauts returning from four-to-six month stays on the International Space Station as part of the joint NASA-Russian Field Test Study, and preliminary study results to date have been promising.

As a result, NASA contracted with Essity to leverage the existing JOBST three-piece GCG and design a next-generation garment that would provide protection against post-spaceflight orthostatic hypotension (abnormally low blood pressure) and presyncope (lightheadedness, blurred vision and feeling faint).

The JOBST OIG will be custom-fit to each astronaut and provide graduated compression from the foot to the waist. The provided pressure will assist in preventing blood from pooling in the lower extremities upon return to gravity (1-g conditions) following spaceflight. Astronauts on the Orion missions will put on the JOBST garments while still in space and wear them under the OCSS flight suit until the crew returns to Earth from their deep-space mission.

The first Orion human spaceflight mission is slated for launch by 2023 during which four astronauts will fly for up to a 21-day mission beyond low Earth orbit.

“We are extremely honoured to be awarded this important contract by NASA to develop the next generation compression OIG for astronauts taking part in the Orion deep-space missions,” said Tyler Palmer, vice president of sales for Wound Care and Vascular USA at Essity. “We have an exceptional team of engineers dedicated to developing a superior, protective OIG designed to be easy to put on in space and comfortable to wear for extended periods of time.”

“Our gradient compression garments have been shown to alleviate post-spaceflight orthostatic intolerance in ongoing studies,” continued Palmer. “The efficacy of the JOBST three-piece compression garments was first demonstrated in astronauts after two-week Space Shuttle missions, and the positive results were published in Aviation, Space, and Environmental Medicine.”

NASA’s collaboration with Essity and the development of customised JOBST garments may also help the general population overcome issues similar to orthostatic intolerance such as POTS (postural orthostatic tachycardia syndrome), a disease that affects the autonomic nervous system. People with POTS have an increase in heart rate and lightheadedness when standing up, which can cause them to faint or experience severe dizziness, fatigue and exercise intolerance.

Upon entering the weightless environment of space, an astronaut’s blood moves upwards from their legs to the upper body and head, and blood volume decreases in the first 24 hours of space flight. When they re-enter Earth’s gravity and land, blood moves back towards their lower body and the body’s mechanisms to return blood back to the heart are not as effective. Recovery from the effects of space flight can take several days to weeks depending on the length of the mission and the individual astronaut. Orthostatic intolerance can persist for several days after landing. (SV)