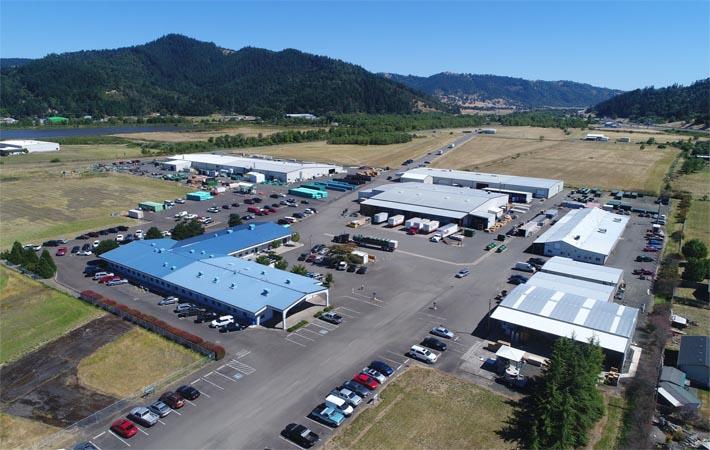 Pic: PR Newswire/Fibrecore
FiberCore and Orenco Composites have signed a deal to license the InfraCore technology in the US. The partnership provides opportunities for both companies. Orenco will not only increase its market share in the US, but with its knowledge of the engineering and production of large composite products will also grow the InfraCore technology itself.

"InfraCore Inside was developed in the Netherlands," says Eric Ball, senior vice president of Orenco Composites. "Now, we're combining this innovative technology with our state-of-the-art manufacturing capabilities to create uniquely robust composite structures. Bridges with InfraCore Inside are distinguished by incredible adhesion throughout their structure. They require only a minimal foundation, and because they're relatively lightweight, they're easy to install. These bridges are sustainable, reliable, virtually maintenance-free, and designed to last over 50 years."

According to Simon de Jong, co-founder/CEO of FiberCore (the developer of InfraCore Inside), "The InfraCore technology has successfully solved one of the major challenges of the fibre reinforced polymer (FRP) community: making delamination of FRP sandwich structures, especially due to fatigue after impact, inconsequential by creating a continuous structural connection of glass fibres between the top and bottom of the structure. The construction contains no internal glues or bolted connections."

De Jong continues, "The strength comes entirely from the fibres, which themselves are much stronger than steel. Besides bridges and lock gates, our technology is used today in (sea) ship construction and offshore wind energy projects. This year, we expect to start our first project in the aerospace industry. Our cooperation with Orenco shows yet another application of our versatile technologies."

Orenco Composites is a division of Orenco Systems. The company's engineers are nationally recognised experts in the fields of fibreglass product development and manufacturing.

InfraCore technology is developed and patented by FiberCore and has been proven in more than 1,000 heavy-traffic bridges and lock gates worldwide. InfraCore technology offers a standardised and modular structural approach. This enables the realisation of proven and validated cost-effective (both OPEX/CAPEX) FRP structures that are easily scalable, lightweight, durable, maintenance-free, heavy-duty, damage-tolerant, and load-bearing.

FiberCore is now developing and marketing new cross-sector product-market combinations based on InfraCore, in collaboration with strategic partners in the constructive maritime, off-shore, oil and gas, energy, and other industries worldwide.

InfraCore technology is already implemented in the EU-SUREbridge project and in the EU-Ramses project (heavy-duty ship decks, rudders for sea vessels, and interior walls on cruise ships).