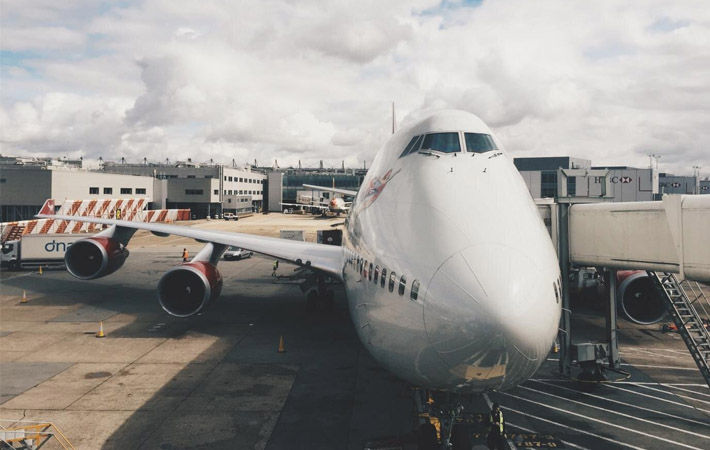 Pic: Tokyo University of Science
Scientists in Japan have devised a new design approach for manufacturing carbon fibres that optimises both fibre thickness and orientation. This has resulted in weight reduction of fibre reinforced plastics, opening doors for making of lighter aircrafts and automobiles. Carbon fibres, being light and strong, are popular in aerospace engineering applications.

Carbon fibres, due to their superior strength and lightness, are popular in aerospace engineering applications. While much effort goes into improving the strength of carbon fibre composites, such as fibre-reinforced plastic, only fibre orientation optimisation is considered. Now, researchers from Tokyo University of Science have adopted a new design method that optimises both fibre thickness and orientation, achieving weight reduction in reinforced plastic and opening doors to lighter aircrafts and automobiles.

Carbon is vital to the existence of all living organisms, since it forms the basis of all organic molecules that, in turn, form the basis of all living beings. It has recently also found novel applications in disciplines such as aerospace and civil engineering with the development of carbon fibres that are stronger, stiffer, and lighter than steel. Consequently, carbon fibres have taken over steel in high-performance products like aircrafts, race cars, and sports equipment.

Carbon fibres are usually combined with other materials to form a composite. One such composite material is the carbon fibre reinforced plastic (CFRP), which is known for its tensile strength, rigidity, and high strength-to-weight ratio. Owing to its high demand, researchers have carried out several studies to improve the strength of CFRPs, and most of these have focused on a particular technique called "fibre-steered design," which optimises fibre orientation to enhance strength.

However, the fibre-steered design approach is not without its drawbacks. "Fibre-steered design only optimises orientation and keeps the thickness of the fibres fixed, preventing full utilisation of the mechanical properties of CFRP. A weight reduction approach, which allows optimisation of fibre thickness as well, has been rarely considered," explains Dr. Ryosuke Matsuzaki from Tokyo University of Science (TUS), Japan, whose research is focused on composite materials.

Against this backdrop, Matsuzaki-along with his colleagues at TUS, Yuto Mori and Naoya Kumekawa-proposed a new design method for optimising the fibre orientation and thickness simultaneously depending on the location in the composite structure, which allowed them to reduce the weight of the CFRP compared to that of a constant thickness linear lamination model without compromising its strength. Their findings are published in Composite Structures.

Their method consisted of three steps - the preparatory, iterative, and modification processes. In the preparatory process, an initial analysis was performed using the finite element method (FEM) to determine the number of layers, enabling a qualitative weight evaluation by a linear lamination model and a fibre-steered design with a thickness variation model. The iterative process was used to determine the fibre orientation by the principal stress direction and iteratively calculate the thickness using "maximum stress theory". Finally, the modification process was used to make modifications accounting for manufacturability by first creating a reference "base fibre bundle" in a region requiring strength improvement and then determining the final orientation and thickness by arranging the fibre bundles such that they spread on both sides of the reference bundle.

The method of simultaneous optimisation led to a weight reduction greater than 5 per cent while enabling higher load transfer efficiency than that achieved with fibre orientation alone.

The researchers now look forward to the future implementation of their method for further weight reduction of conventional CFRP parts. "Our design method goes beyond the conventional wisdom of composite design, making for lighter aircraft and automobiles, which can contribute to energy conservation and reduction of CO2 emissions," says Matsuzaki.

Scientists in Japan have devised a new design approach for manufacturing carbon fibres that optimises both fibre thickness and orientation. This has resulted in weight reduction of fibre reinforced plastics, opening doors for making of lighter aircrafts and automobiles. Carbon fibres, being light and strong, are popular in aerospace engineering applications.
Composites

US company Coterie unveils wipes made of biodegradable lyocell fibres