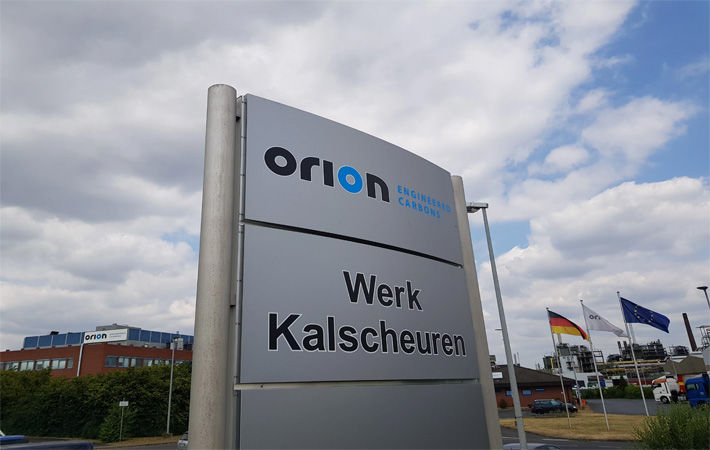 Carbon black, available as powder or beads, is commonly used in tires, textile fibres, coatings, batteries and numerous other everyday goods. It tints or colorises as well as reinforces products, conducts electricity and provides UV protection, among many other uses across a wide range of applications and end markets. Orion’s new facility in Huaibei in the eastern province of Anhui is expected to be completed late next year and to begin operating in 2023. With a targeted initial production capacity of 65-70 kilotons per year, the plant will be able to make a variety of carbon black for specialty and high-end rubber grades, the company said in a press release.

Orion Engineered Carbons has begun constructing its second plant in China for specialty and high-performance carbon black, expanding the chemical company's production capacity in one of the leading markets. Orion is a Luxembourg-based supplier of carbon black products, including high-performance specialty gas blacks, furnace blacks, and other carbon blacks.

The new site complements Orion’s first Chinese plant, built in 1994 in Qingdao in the eastern province of Shandong, as well as Orion’s production site in Yeosu, South Korea. An innovator in sustainability, Orion will equip the plant to convert its waste heat to steam that will be sold to the local industrial park.

“The strongest growth in demand for carbon black in the coming years is widely projected to be in Asia. This new site in China will enable us to better supply our customers and strengthen our position as a leading global supplier of specialty and high-performance carbon black,” Corning F. Painter, chief executive officer at Orion said.

US’ Albarrie to display Tandem nonwoven baghouse filter at MINExpo