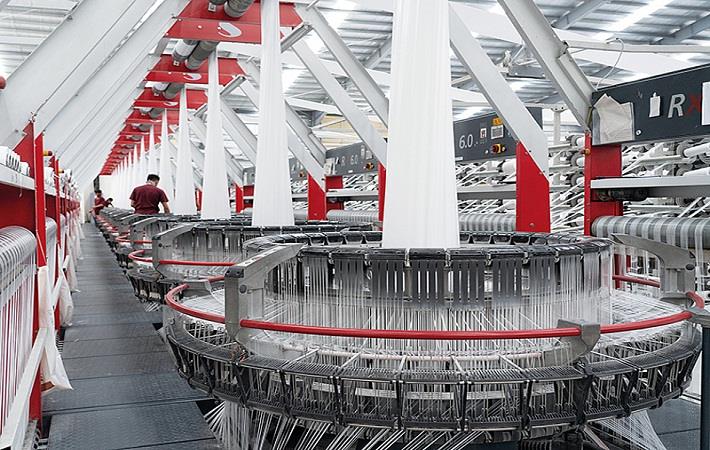 Pic: Starlinger
The Chinese branch of the Austrian Starlinger Group has been producing circular looms for plastic fabrics in China since 2006. In autumn 2018, Starlinger Taicang reached a milestone with the 10,000th circular loom. With more and more machines being manufactured every year, the factory’s annual production is presently at around 1,000 machines.

Starlinger Plastics Machinery Taicang currently has a workforce of around 75 employees at the 9,400 m² plant in the Chinese province Jiangsu near Shanghai. The factory is a local branch of the Austrian Starlinger Group, which early on recognised the potential of the Chinese market and the importance of a global presence. Already in 2006 - one year after its foundation - Starlinger Taicang took up production of circular looms; today, these looms are in use in large parts of the world, said Starlinger in a press release.

The first models produced at Starlinger Taicang were called Omega 6 and Omega 1000. In 2013, the Starlinger Group set the course for the future with the development of the cost-optimised circular loom series RX, which is produced exclusively in China. The successful series was gradually extended and currently includes the models RX 6.0, RX 6.1 und RX 8.0 II. These models feature extremely low production costs per square meter of fabric and are well ahead of the competition with top production speeds.

“With the RX 6.0, we have the circular loom with the best price-performance ratio worldwide on the market,” said plant manager Franz Höpflinger, Starlinger, who in November 2018 was delighted to record the 10,000th circular loom built in China. “But Starlinger Taicang does not only produce machines; as a sales and service center, we are also an important hub in the Asian region.”

There are numerous events that Starlinger organises in Taicang. Over the past years, the site has not only been the venue of an open house which takes place every second year in parallel to Chinaplas exhibition in Shanghai, but has also hosted regional sales meetings as well as the information event Ad*Star Days. Especially for Asian customers, such events offer the opportunity to gain a comprehensive insight into the entire Starlinger product portfolio.

As the world’s only supplier of the entire technology for the production of woven sacks, big bags, or technical textiles from plastic tapes, Starlinger offers a whole range of complementary machinery - made in Austria. Apart from circular looms, the portfolio includes tape extrusion lines, winding machines, lines for coating, printing and conversion as well as recycling machines for production scrap and post-consumer waste. (PC)

The Chinese branch of the Austrian Starlinger Group has been producing circular looms for plastic fabrics in China since 2006. In autumn 2018, Starlinger Taicang reached a milestone with the 10,000th circular loom. With more and more machines being manufactured every year, the factory's annual production is presently at around 1,000 machines.
Machinery

Toray sets up distribution centre for prepregs in US
Machinery