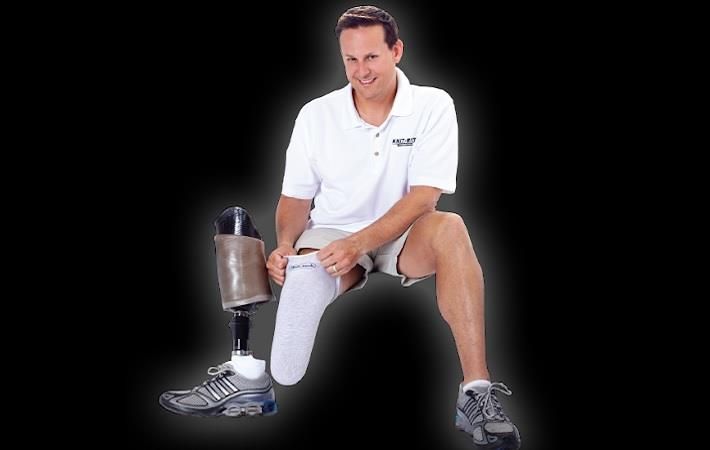 Pic: Knit rite
Thuasne, a major player in the medical device market in Europe, has taken over the US-based company Knit-Rite, specialised in medical textiles, and its Therafirm division, dedicated to compression. This is Thuasne's fourth and largest acquisition in the United States in 10 years. The group took over Townsend Design in 2011, and Quinn Medical in 2016.

The acquisition is based on strong and structuring common points between the two companies. Thuasne and Knit-Rite themselves design the devices they develop and put on the market, with comprehensive, controlled and proven know-how. The two companies have always had an integrated industrial strategy, allowing them to master all stages of manufacturing and to align all the expertise in their specialty. Their capacity for innovation, with a large number of patents filed each year, provides technological superiority that is useful to the patient.

Thuasne and Knit-Rite are both specialised in medical compression in the treatment of venous disease and of lymphedema. They master the patient journey and benefit from the recognition of international scientific communities in vascular and lymphatic pathologies.

In addition, with this acquisition, Thuasne opens up to a new market - devices for orthopedic prothesis (post-amputation prosthetic socks and prosthetic textile interfaces), with a significant market leading position in the United States.

Elizabeth Ducottet, Thuasne group chairman and CEO stated: “This acquisition confirms the ambition for the Thuasne Group to have a global presence in both the phlebology and lymphology treatment categories, with compliance in each geographic specification (CE, FDA). Thuasne’s expertise in French and German standards, with confirmed proven efficacy of bandage and stocking treatment, complimented by Knit-Rite’s knowledge in the US standards, gives us the capacity to provide solutions for patients globally.”

Delphine Hanton, Thuasne group CEO, added: “With this acquisition, we are optimising our resources, our visibility and our managerial organisation in the United States. We salute the work accomplished by Mark Smith and the Knit-Rite management team over the last 15 years which will engage the Thuasne Group in developing projects with the same spirit of excellence. As a family-owned French mid-sized company, we will rely on the local management teams and on their expertise to reinvest and develop the bases that were integrated by this acquisition.”

Thierry Arduin, president of Thuasne US remarked: “The combination of Knit-Rite and Therafirm with Thuasne both enhances the ability to serve the orthotic and prosthetic profession in the US and abroad, and provides a solid platform via Therafirm to expand the range of medical compression technologies to the global vascular and lymphology communities.”

Chris Vering, the succeeding CEO of Knit-Rite/Therafirm said: “We look forward to this new season as part of Thuasne, a company with a similar culture to ours, as we continue our growth in O and P, medical compression and the various medical markets we serve worldwide. It has been an honour to work and partner with Mark Smith the last 22 years. Mark’s innovation and passion for helping others were foundational building blocks for a successful organisation. This same passion is part of Thuasne’s culture worldwide.”

Thuasne, a major player in the medical device market in Europe, has taken over the US-based company Knit-Rite, specialised in medical textiles, and its Therafirm division, dedicated to compression. This is Thuasne's fourth and largest acquisition in the United States in 10 years. The group took over Townsend Design in 2011, and Quinn Medical in 2016.
Medical Textiles

Turkish textile company to set up US firm
Medical Textiles