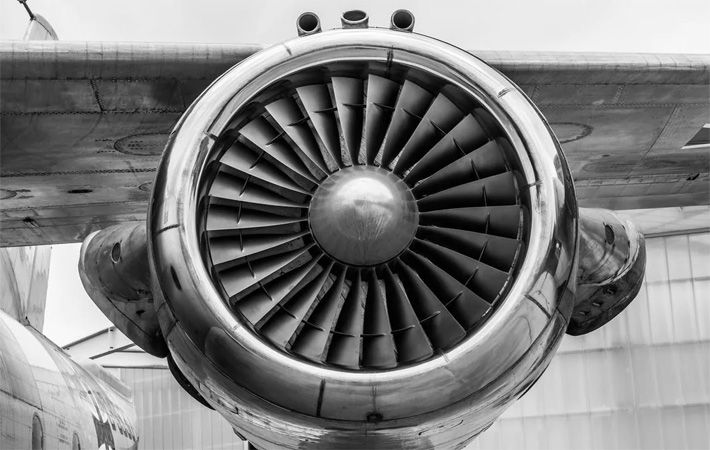 Pic: University of Sydney
Scientists at the University of Sydney have devised a process for recycling of CFRP composites which retains 90 per cent of their original strength. Carbon fibre reinforced polymer (CFRP) composites, used in products such as wind turbines, aeroplane parts, cars and ships, are non-biodegradable materials and, until now, lacked a viable recycling method.

The research has been carried out in the School of Civil Engineering. CRFP composites are typically disposed of in landfills or by incineration, which pose significant threats to both the environment and public health. The vast majority of existing recycling methods also cause a major reduction in the mechanical and physical properties of the recovered material, weakening its core functionality.

“Globally and in Australia there has been a march towards better recycling processes, however there is often the belief that a material can be recycled an infinite amount of times – this simply isn’t the case. Most recycling processes diminish mechanical or physical properties of materials,” said the study’s lead researcher Dr. Ali Hadigheh.

“Until now, it has been impossible to continuously recycle products made of carbon fibres. Given that most recycling involves shredding, cutting or grinding, fibres are worn out, decreasing a future product’s viability,” said Hadigheh.

This presents a huge challenge and threat to the environment, as it has led to the production of virgin carbon fibre which contributes significantly to greenhouse gas emissions. “To combat this issue and to support a true circular economy, we developed an efficient and cost-effective method for recycling carbon fibre, which is present in tablets through to BMWs,” Hadigheh said.

“To do this we used a two phased, optimised process. The first step is called “pyrolysis”, which breaks down a material using heat, but significantly chars the materials which prevents it from developing a good bond with a resin matrix. The second process, oxidation, uses high temperatures to remove this char,” Hadigheh explained.

“Pyrolysis and oxidation alone are not enough to preserve carbon fibres and these processes have existed for some time already. To ensure a high quality recovery and economic efficiency, thermal decomposition of CFRPs need to be guided by analysing the energy required to initiate a chemical reaction in the composit, and separate carbon fibres from the surrounding resin matrix,” Hadigheh said and added “What makes our method so successful is that we have added specific parameters – such as temperature, heating rate, atmosphere or time spent being oxidised and heated – that preserve the functionality of carbon fibre.”

“We embarked on the project with the aim of producing high grade, low cost structural materials made from recycled carbon fibre composites, for use in industries from aerospace and automotive through to sporting goods and renewable energy and construction,” Hadigheh said.

In 2010, the global production of fibre reinforced polymers (FRP) was approximately 6 million tonnes with a projected growth of 300 per cent in the next decade. With this projection, the consumption of FRPs will exceed 18 million tonnes by 2025.

“The 2016 Australian National Waste Report concludes that the use of composite materials is creating future challenges to recycling. Plainly put, if we do not develop efficient and cost-effective methods to recycle carbon fibre composites, we risk damaging the environment significantly,” said Hadigheh.

The United States, Japan and China lead the world in carbon fibre manufacturing. The researchers hope to increase the capacity of the Australian industry and work with manufacturers of wind turbines and commercial aircraft, as well as producers of sporting goods, and the construction, automotive and ship-building industries.

Recycling of composite materials could be up to 70 per cent cheaper and lead to a 90-95 per cent reduction in CO2 emissions compared to standard manufacturing. In recent years there has been an increased focus on the circular economy and a heightened demand for products made of recyclable materials. However, many materials can only be recycled so many times before they begin to wear out. This is the case with carbon fibre reinforced polymer (CFRP) composites,

Scientists at the University of Sydney have devised a process for recycling of CFRP composites which retains 90 per cent of their original strength. Carbon fibre reinforced polymer (CFRP) composites, used in products such as wind turbines, aeroplane parts, cars and ships, are non-biodegradable materials and, until now, lacked a viable recycling method.
Composites

European boating and composites industries to work on circularity
Composites