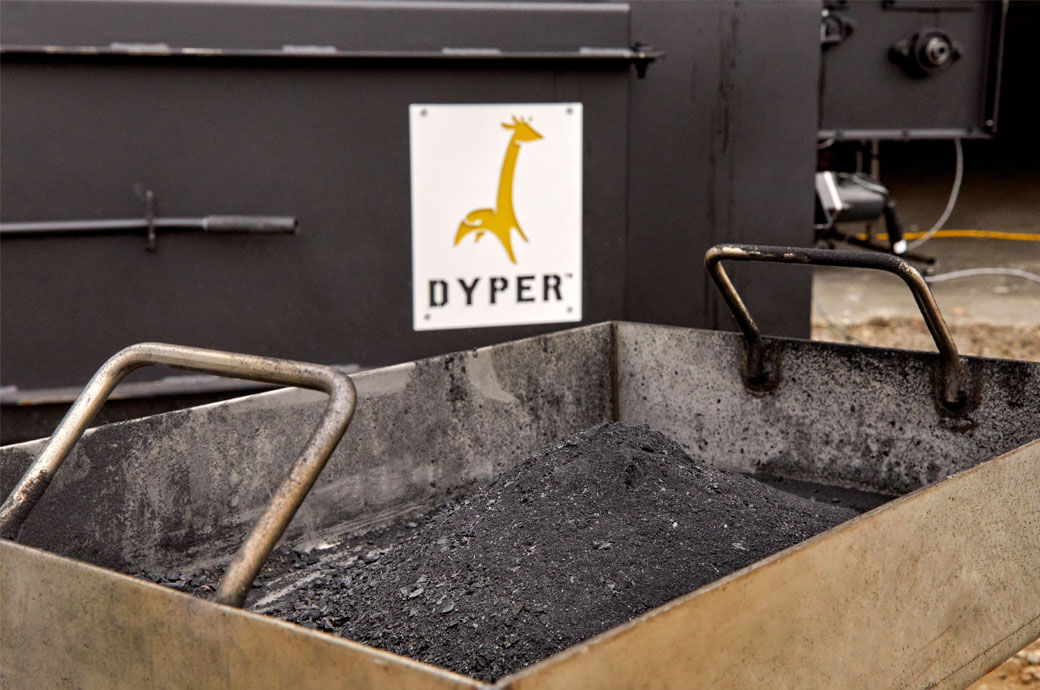 Pic: Business Wire
Dyper, US’ diapering company, has become the first company to char a diaper with its Byochar technology. With this innovation, Dyper enters the biochar economy by turning soiled diapers into biochar. Dyper diapers are a certified 55 per cent USDA Bio-preferred product, certified Standard 100 by OEKO-TEX, and awarded a 5-star Dermatest rating.

Biochar is a carbon-rich product created through a heating process called pyrolysis, which allows for waste to be transformed into a reusable commodity that can improve soil, assist in air and water purification, and be an additive to paints and inks for improved pigment. Debuting in 2023, Byochar reactors will be located in select markets. When in place, Dyper will be able to reduce landfill waste and lessen overall global greenhouse gas emissions by transforming something as environmentally hazardous as a used diaper into something that can ultimately have a carbon-neutral footprint on the planet, without the use of offsets, the company said in a press release.

Dyper, US' diapering company, has become the first company to char a diaper with its Byochar technology. With this innovation, Dyper enters the biochar economy by turning soiled diapers into biochar. Dyper diapers are a certified 55 per cent USDA Bio-preferred product, certified Standard 100 by OEKO-TEX, and awarded a 5-star Dermatest rating.

Redyper currently composts diaper waste to create beneficial topsoil. Byochar will reduce the processing time from several months to minutes. Carbon sequestration holds carbon captive and inert in soil for thousands of years and prevents it from being released into the atmosphere as harmful greenhouse gasses. Biochar can serve as a soil amendment, a concrete and asphalt filler, assists in air purification and water filtration, and an additive for pigment for paint and inks. An efficient Byochar reactor needs less space and electricity than a traditional composting facility. Byochar reactors have the capacity to process 2 tons of diapers per day. That’s approximately 7,200 diapers every 10 hours, or 12 diapers a minute.

Converting Dyper diapers and wipes to biochar yields an 80% reduction in mass. For example, 100 pounds of dry diapers yields approximately 20 pounds of biochar. In the future, Byochar may be compatible with other diaper brands, which would effectively end diaper waste altogether (4 per cent of solid waste) but is not compatible with non-Dyper products today. Byochar may eventually generate carbon credits and possibly, sell credits on the trading markets.

Dyper products are made without chlorine, latex, alcohol, lotions, TBT, and Phthalates. They're unprinted, unscented, soft to the touch, yet extremely durable and absorbent, and made with plant-based materials such as viscose from Bamboo.

Byochar is the latest environmental innovation from Dyper. A leader in the premium disposable diaper category with its diapers constructed with plant-based materials and made without harmful ingredients, Dyper’s landfill avoidance program Redyper has already diverted more than 11.5 million pounds of waste from landfills, turning their used diapers and wipes into nutrient-rich topsoil that is used in large-scale landscaping, roadside plantation, and growing sod. As Byochar technology is deployed, the process of composting will be gradually replaced in the Redyper programme.

“While there are no silver bullets to solving the plastic diaper dilemma, we feel it is our obligation to continuously look for solutions. We’ve started with composting, fully aware of the inherent difficulties of doing it at scale. With this innovation, we will bring modular disposal technology to complement or replace composting closer to the consumers, reducing processing and transfer times. We’re excited to see our work turn waste into something more helpful to our planet,” Sergio Radovcic, founder and CEO of Dyper, said.