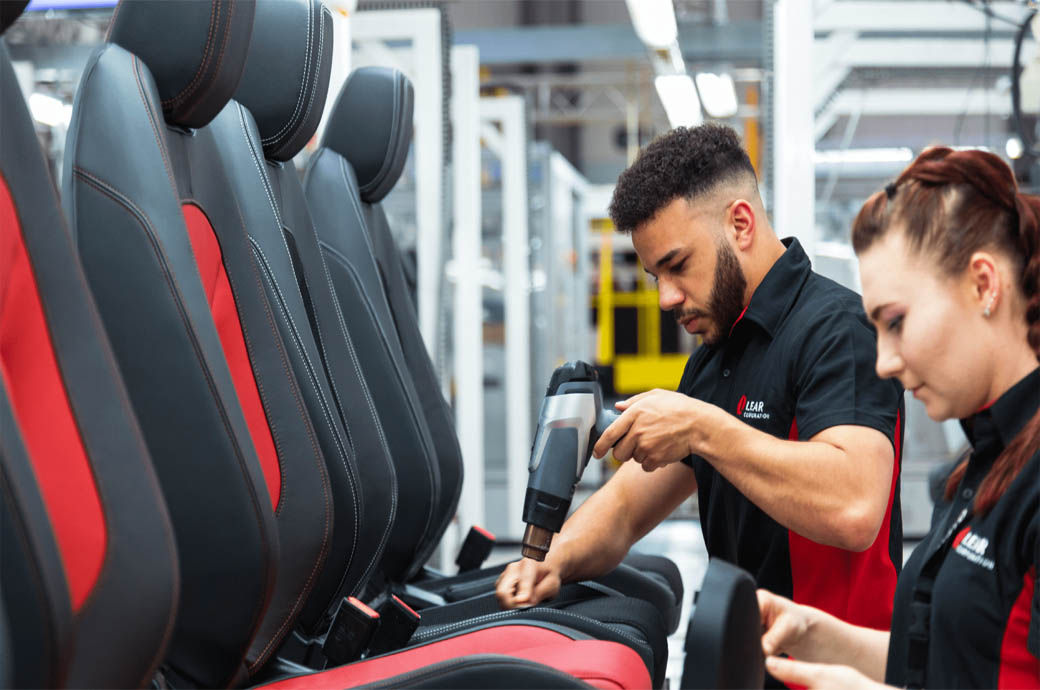 Pic: Lear Corporation
US' Lear Corporation, a global automotive technology leader in seating and e-systems, has recorded a 23 per cent growth in its sales which reached $5.2 billion in the third quarter (Q2) of fiscal 2022 (FY22), compared to $4.3 billion in Q3 2021. Excluding the impact of foreign exchange, commodities, and acquisitions, Lear’s sales were up 26 per cent, reflecting the addition of new business in business segments and increased production on key Lear platforms.

The company has incurred a net income loss of $92 million and its adjusted net income was $140 million, compared to $27 million and $32 million, respectively, in the third quarter of 2021. Furthermore, the company has reported a loss of $1.54 per share and adjusted earnings per share of $2.33, compared to $0.44 and $0.53, respectively, in the third quarter of the previous year. The cash and cash equivalents of Lear were $842 million, while the total available liquidity was $2.8 billion at quarter end.

US' Lear Corporation, a global automotive technology leader in seating and e-systems, has recorded a 23 per cent growth in its sales of third quarter (Q2) of fiscal 2022 (FY22). Excluding the impact of foreign exchange, commodities, and acquisitions, Lear's sales were up 26 per cent, reflecting the addition of new business in business segments.

Lear Corporation’s core operating earnings were $235 million, or 4.5 per cent of sales, for this quarter, as compared to $98 million in the third quarter of 2021. Sales growth over market in the third quarter was one percentage point, driven primarily by the impact of new business in both business segments largely offset by negative platform mix.

In the third quarter, global vehicle production increased by 29 per cent compared to a year ago, with North America up 24 per cent, Europe up 20 per cent, and China up 35 per cent. Global production increased on a Lear sales-weighted basis by approximately 25 per cent. The company returned $71 million to shareholders through dividends and share repurchases, the company said in a press release.

"Lear delivered improved financial results in the third quarter, reflecting higher industry volumes and our strong new business backlog," said Ray Scott, Lear's president and CEO. "We expect further improvement in both business segments in the fourth quarter. We continue to win electrification awards in e-systems, highlighted by our most significant award to date to supply our BDU across all full-size SUVs and trucks built on General Motors' Ultium EV battery platform through 2030. In seating, we once again won more than twice as many J.D. Power seat quality awards than any other seating supplier. We continue to focus our efforts on operational efficiencies, developing innovative solutions for our customers, and increasing earnings and cash flow."