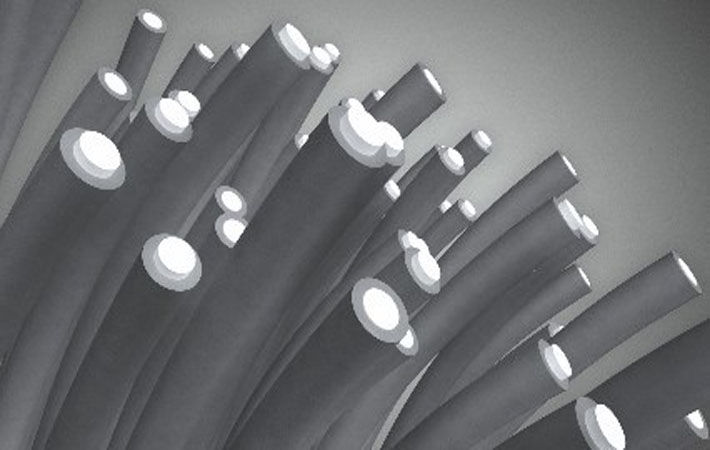 Pic: PR Newswire
Noble Biomaterials has announced that its Circuitex fabric and foam technologies are proven to reflect high-frequency energy waves similar to those suspected in Havana Syndrome attacks and produced by directed-energy weapons (DEW). This shielding technology allows for unmatched consistency and performance across a range of the electromagnetic spectrum.

It is highly effective from 30 MHz through 30 GHz, demonstrating attenuation values between 30 dB (99.9 per cent) and 90 dB (99.9999999 per cent). In response to the growing threat of Havana Syndrome to US diplomatic and military personnel around the world, Noble Biomaterials has developed passive and active mitigation systems that have the ability to counter devastating directed energy attacks in fixed and mobile locations.

Circuitex Shielding Fabrics utilise proprietary material technology that scatters and shields energy waves by reducing power of the waves by up to 100 dB. This level of protection, deployable within soft and hard surface applications, is far above industry standards and is currently utilised by the United States Military and Department of State, Noble Biomaterials said in a press release.

"Circuitex is proven effective in mission-critical military and aerospace applications," said Joel Furey, founder and chief commercial officer at Noble Biomaterials. "Noble Biomaterials has spent years developing multi-spectral energy management systems for security and protection. Whether the objective is to transfer or shield energy, our portfolio of products is uniquely suited to deal with the challenges of directed energy."

Circuitex is offered as fibre, fabric, and foam and can be used in soft or hard surfaces for fixed and mobile applications. Commercial products include apparel fabrics, tents, shelters, tapes, wallpapers, and medical devices. Circuitex was developed for solutions in EMI/RFI shielding, thermal and electrical conductivity, IR signature, biometric monitoring, and static control.

Noble Biomaterials is a registered FDA medical device facility, an essential sole-source technology supplier of medical components to the US military, and a US EPA–registered antimicrobial manufacturer.