Different kinds of fibres are available now-a-days. These fibres are mainly divided into two categories natural and man made. They are also categorized by the generations as they were produced in the different years and known as first generation, second generation, third generation or fourth generation fibres. This is given in the below chart:

History of man made fibres

The fibres generated first were the natural fibres. In this category cotton, wool, silk and all other animal and plant fibres are included. These fibres were introduced first 4000 years back but their uses were continued till 1940. All these fibres are known as first generation fibres. Very delicate handling is needed for these fibres. Fibres like silks and cottons have not good resistance against moths, wrinkles, wear and washings. So discovery of durable fibres was a greater need and about one century ago first synthesized fibres Rayon/Nylon were produced. These fibres are cheaper in comparison with natural ones. The development of these new fibres opened up fibre application to the various fields like medicine, aeronautics, home furnishing and modern apparels. Fibre engineers produced many new fibres by combining new synthetic fibres with the natural ones.
In the year 1664 the first attempt was done to make artificial fibre, but success was achieved after 200 years only. A Swiss chemist Audemars first patented artificial fibre in England in 1855. He produced that by dissolving the fibrous inner bark of the mulberry tree and produced cellulose by modifying it chemically. He made threads from the solution by dripping needle in the solution and then drawing them out. His attempt was good but he could not copy the silkworm. He had done experiments with the solution similar to Audemars solution.

All the attempts of producing artificial silk failed till the year 1900 but in the year 1910 Samuel Courtaulds and Co. Ltd, formed the American Viscose Company and did production of rayon.

Arthur D. Little of Boston made a film from acetate which is a cellulosic product in the year 1983 and in the year 1910 Henry Dreyfus and Camille made toilet articles and motion picture film from acetate in Switzerland. In the year 1924 Celanese Company made fibre from the acetate and it was the very first use of acetate in the textile industry. At that time the demand of rayon was high because it was available on the half of the price than raw silk to the textile manufacturers so U.S. rayon production flourished to meet those higher demands.

The miracle fibre called Nylon was invented in the September 1931 at the research laboratory of DuPont Company. They saw giant molecules of these polymers when they were working on Nylon ‘66’ and Nylon ‘6’.

Nylon is completely synthetic fibre obtained from petrochemicals and is very different from Rayon and Acetate which are made up of cellulosic material of plants. The discovery of Nylon started a new era of manufactured fibres.

A change in life style

In the year 1939 commercial production of nylon was started by DuPont. In the very beginning on the experimental basis they used nylon in parachute fabric, in women’s hosiery and in sewing thread. Nylon stockings were firstly visible to the public at the San Francisco Exposition in February 1939.

At the times of war, Asian silk was replaced by nylon in parachutes. The other uses of Nylon are in military supplies, ponchos, tyres, ropes, tents and in the high grade paper to make U.S. currency. At the time of war cotton was the most commonly used fibre and its uses were more then 80% than any other fibres. Another 20% is shared by wool and other manufactured fibres. August 1945 was the time of ending of war, at that time cotton shares 75% of the fibre market and rise of 15% was seen in the market of manufactured fibres.

After the war America grew more in industrial and economic prospects. That is the time of starting of Nylon to be used in domestic purposes. When first time nylon stockings were advertised, thousands of women rushed at the stores to purchase them.

American industry was supplying more than 20% of the fibres of total needs of textile mills. DuPont started new production of acrylic which was the generic name of the wool- like product.

New blend was created by mixing cotton and acrylic fibres in the summer of 1952. The term they had given to this was “wash and wear”. This term was used specially to attract the more no. of customers for this new fibre blend. This fibre has very good quality that it is wrinkle free, so it could be wearable by wash only and its strength makes it easy care product. This polyester fibre gave a new turn to the textile industry. Clotheslines and irons suddenly disappeared from daily households. Dry clothes in the electric dryers became possible. The dyes became permanent so new dyeing techniques emerged. New shape retaining knitwear with higher durability came into existence. The clothes made by polyester became more and more popular in 1960's and 1970's.

Synthetic and manufactured fibre production was at its culmination because of continuous fibre innovations. This new fibres have many new qualities like flame resistance, release soil, special luster or dullness, better blending qualities, reduce clinging, greater comfort, achieve greater whiteness and easier dye ability. Some new fibre shapes and thicknesses were being introduced to cope up with the special needs. New fibres were introduced like polyamide which is a high temperature resistance, para-aramid with outstanding strength to weight properties and spandex a stretchable fibre with aramid group.

The manufactured fibre was fulfilling 30% needs of American textile mill consumption by 1960's and 40% of country’s fibre needs by 1965.

New uses for manufactured fibre were being known with the establishment of U.S. space program. The fibres have very different uses from clothing to spaceship nose cones. When Neil Armstrong put his first step on the moon, he was wearing the space suit which included multi layers of aramid and nylon fibre and the flag he waved was made of nylon.

The exhaust nozzles of the two large booster rockets contain 30,000 pounds of carbonized rayon and these exhaust nozzles work for lifting up the space shuttle in the orbit. Carbon fiber is used as a component in the aircraft for lowering weight, lowering fuel costs and adding strength.

Uses in the present day

With the new developments and discoveries the industry of manufactured fibres is diversified. More new fibres can be obtained from this rather than that available from nature. After the world war –II major industries start new developments and discoveries for the new fibres having the unique qualities. These are fibres made for some special applications and these fibres are like Aromatic polyester e.g. vectran and econol and Aromatic polyamide/aramid e.g. Twaron, Nomex and Kevlar. In the early 1990 some super fibres were being discovered like glass fibre, composite fibre, ceramic fibre and carbon fibre which are completely inorganic fibre.

Manufactured fibres have varied no. of applications when it comes in the area of industrial uses and these applications comprise of construction materials for moon-based space stations, super-absorbent diapers and artificial organs and engineered non-woven products were used in the roofing materials, floppy disk envelopes, road bed stabilizers, apparel interfacing and surgical gowns. These non-woven fabrics are made without weaving or knitting and it could be anything as soft and comfortable as limp cloth and as stiff as paper.

The years of commercial production of manufactured fibres are as given in the table below.

Thus, we can summarize the whole history of fibre production according to the year in which it is first produced. 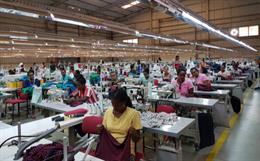 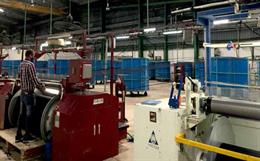 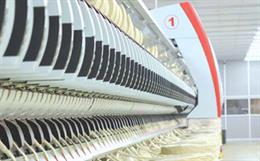 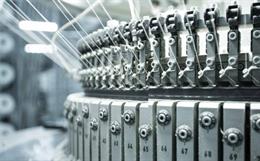