Smart clothing has been of research interest for many years and only recently have we seen products that cater to the mass-market outside military and space travel. However, consumer demand for smart clothing has not caught up well, while patent data shows that research in this field is massive, dominated by large players like Nike and Google among others.

Smart or computational textiles have been a hot topic of scientific and industry research and interest in this field has picked up even more in the last two decades. One of the key ideas that has driven the field further is to monitor the health and physical functions of the user. In many industries this promises a more pertinent use-case, for instance in healthcare, where it is of high importance to understand a patient's vitals for better treatment. This however has not enabled a much faster adoption of technology, even when massive amount of research has gone into this and the product itself is being refined to be more comfortable.

It is not evident why one of the few fields of technological innovations-- the integration of electronics into textiles-- has moved such slowly in terms of market adoption. Scientists had started to experiment more with textiles for performing functions such as thermal and chromatic regulation fairly early in the 20th century. Very early advances into this field were the development of electrically heated clothing like gloves, jackets and boots. There are several examples of these types of garments being used for military and specific industrial purposes. Innovations in electrically heated wearable clothing continued even in the 21st century with much more sophisticated technology and the urge to reduce the bulkiness of electronic devices attached has also increased over time.

However, such heated garments exemplified single purpose technologies, which even though became more and more comfortable to wear, hardly interacted with the user's body requirements for a more conducive temperature. More advanced versions of heated clothing use sensors and actuators, which make them more responsive to stimuli. Recently, sensor embedded clothing and clothing with conductive materials have attracted tremendous research attention. Now sensor embedding is not merely useful in clothing but is also increasingly used in industrial textile materials for monitoring stress and damage. Patent module in TexPro shows that large names such as Adidas, Nike, Google and Apple have been the frontrunners in filling these patents, most importantly when it came to computation or smart apparel. Figure 1 highlights the patents on smart clothing filed by the largest apparel and electronics/software brands of the world. The most common categories of patents for each of these brands were apparel with wireless-powered sensors (Nike), sensor garment (Adidas), interactive textiles (Google) and fabric-based devices with force sensing (Apple). The numbers in this graph are only reflective of patents which mention sensing/sensors, which is widely used in the field of electronic textiles.

The relevance of all this information could have been greater if we could supplement it with the spending on product innovation (particularly on smart/interactive clothing) by these companies, but that information is rarely shared publicly. Large players such as Google may not be involved in making garments directly, but it is rapidly developing cutting-edge communications hardware that can be easily embedded in clothing. On the actual apparel product side several brands such as Under Armour, Nike and Adidas have brought out athletic wear with smart features. Athos is another company which is primarily into fitness and coaching for athletes, exploring integrating electric monitoring systems into sportswear for better understanding of their clients' requirements. There are other brands such as Sensoria, Hexoskin, Komodo among others which have a few offerings in this segment.1

One key feature of this market is its easy proposed use-case in sports, healthcare, military, space travel and several industries. No guesses why these technologies found an early immediate user-base in segments which dealt frequently with extreme weather conditions. While, on the one hand, being bulky and more functional rather than flexible worked for military and industrial use, its acceptance in the mass market has been rather slacking. This is the case for wearable electronic textile in general. However, consumers preferring a mix of both functionality and comfort have gradually made a lot of more friendly products come into the market.

There have been several publicly funded research projects across the world with the objective to make wearable electronic textiles more marketable. It is astounding to imagine that wearable computers in the form of clothing has been a scientific fantasy since early 2000s. The European Commission (EC) funded a project in 2004 called "WearIt@Work" contributing €14.3 million for a period of four and a half years. A key objective of this project was also to investigate the user acceptance of wearables.2

MyHeart project aimed at developing smart clothing embedded with health sensors was also sponsored by the EC, with contribution of €16.0 million during 2003-09. A more recent project called Smart2Go aims to fund research into alternative power supply methods for smart clothing that could make wearables much more attractive. This is also funded by the EC with total cost of €3.98 million.

What's brewing on the demand side?

Several features of wearables which have gained relatively larger traction are obvious - 1) technology which is an easy extension of already existing digital devices 2) technology which is easy to wear and is durable and 3) technology which tracks user information and provides analysis of user's health that can be easily transmitted to remote digital devices like smartphones. While competing wearables such as smartwatches have led the wearables market growth, smart clothing has yet to pick up. From a research point of view, smart clothing has great advantages, however, it has yet to provide a convincing argument as to why it has a relatively higher value-addition than competing wearable products. An interest view in this case is presented in the University of California, Berkeley report, comparing smart clothing to two-sided markets, so that the value proposition only comes as more and more people accept this technology.

Smart clothing can be said to be in very early stages with leading innovative companies and research labs perfecting the idea. We had mentioned MIT's digital fibre in a previous article, which provides for multiple functionalities in one fibre that can be made into garments easily. However, progress on providing a durable power source for such technology has also lagged. Recent inventions have explored generating energy using solar power, wearer's body heat and wearer's movements. And this is one of the important reasons for its lack of mass adoption.

Is there anything peculiar about this technology that haven't made consumers welcome it as much as smart watches? There are design flaws (attached electronic devices, battery for power etc) in the technology which could be responsible for its lagging uptake but there is research on psychological reasons involved as well. Foremost of them is the aversion to innovation itself. A paper published last year explores many other reasons. With wearables like smartwatches having a much deeper penetration in the market and easy connectivity with mobile phones, which are central to digital technology today, clothing with almost similar features have very limited scope. It is not very far-fetched to conclude that innovation with very less advantage over previous technology isn't really innovation and may not be considered desirable. Something similar could be the case for smart clothing.

It is also a marketing issue. No product was ever sold without the seller actually selling it. While, developing smart clothing remains only experimental, it is perhaps because the product launches into the market have also remained rather experimental. Market uptake for Jacquard and Levi's tech-enabled trucker jackets wasn't strong as it was priced around $100 more than Levi's usual commuter jackets. Even worse, the two companies marketed it as very similar to the usual trucker jackets with only minimal functions such as bluetooth connectivity with the smartphone. Clearly, smart clothing for infotainment isn't perceived as a useful innovation worth the extra cost.

In technology literature, a consumer's perception of usefulness and ease of use are taken to be two key determinants of adoption of any technology. With smart clothing, novelty aside, it is perhaps hard to see relative advantages with competing technologies. Wherever smart clothes can build a more specialised use-case, they have seen much easier adoption. For instance, smart incontinence under-wears are perhaps a very convenient and innovative solution for this medical condition and have created a niche. Also, use in military and space travel remain highly relevant. Smart clothing in military is useful as the level of information that a soldier could use for combat is much higher than that required in daily life or for an athlete.

The market for smart clothing is specialised at best. Military, space travel and industrial use are likely to remain the growth drivers rather than mass-market and inform further technological upgrades in this segment. Consumer resistance towards smart clothing appears high as competing technologies provide very similar functionality with greater ease of use and durability. Problems with washing also become a large hindrance to exploring this over other wearables. Unless, these very basic challenges are resolved and more consumer-focused approach is adopted, there are high chances that usual clothing may remain devoid of much smartness. 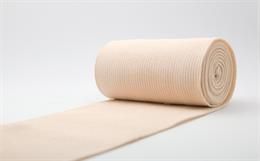 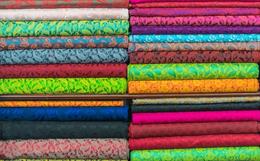 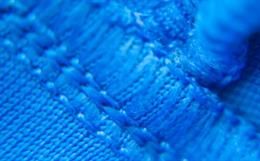