As the clock ticks down to the forthcoming 2008 Beijing Olympics, sportswear companies are spending millions of dollars and are working excess hours. While the overall apparel market is gearing up, the current year scheduled for Olympics is an important period for sports wear companies. Sportswear market is a highly branded area of the apparel segment. Chinese sportswear companies have an opportunity to present themselves in a global perspective, and prove their worth for the coming decades. The countrys sports wear market is now flourishing, and so are their challenges.

Sportswear market in China can be described as a three tier structure. Nike and Adidas are on the first tier with a strong hold in the market, while Li Ning stands on the second tier. Companies like Anta, Peak, and Kangwei occupy the third tier. While the top most brands are focusing on sustaining and developing their brand image and broadening their market, smaller companies in the second and third tier are putting their hard efforts to move up the value chain.

China manufactures 65 percent of the worlds total production of sportswear. Chinese sportswear market is expected to grow from $3.84 billion USD in 2006, to $7.2 billion USD in 2009. During 2006, Nike and Adidas were the two giants having strong hold of the sports wear market. Nike had a strong grip in the Chinese sportswear market controlling approximately 16.7 percent of the market segment followed by Adidas with 15.6 percent. Li Ning stood third with 10.5 percent and Anta was fourth with 4 percent. Other brands like China Hongxing Sports, Peak and Kangwei also have their role, and are catching up fast.

During 2006, Li Ning acquired a good share in the market due to its brand ambassador, Shaquille ONeill, and its lower prices. Anta spent a huge amount of money on advertisements on a national broadcaster. Currently, all brands are working aggressively to promote their brand image and market reputation. Millions of dollars are spent on TV commercials featuring sports and entertainment media stars. Chinese brands are attempting to expand their market potentials. Apart from China they further look into US, and even in the Middle East, and South America. So a drastic increase in the percentage of Chinas contribution in the sportswear market is expected. Chinese brands are getting into a deal with international sports starts to market their products.

The forthcoming Olympics will provide a golden opportunity for the sportswear companies in China. Despite these rosy hopes, the country is facing some constraints as well. As a consequence of the increasing labor cost, the country is losing its business with contracts going to other countries in Southeast Asia and Pakistan. Chinese manufacturers of sports products are mostly small and medium sized, lacking behind in their technology and equipment. Moreover, there are some companies which make fake products that damage the brand image and reputation of the branded manufacturers. Goals of sportswear companies becoming a global premium brand are being thwarted by price wars. Unprecedented challenges surround the Chinese manufacturers.

In the coming Olympics it is not just the athletes who would face fierce competition, but the geared up sports wear companies will also play a crucial role in achieving a golden glow in the sports arena.

5 Strategies To Improve Profitability In The Apparel Business

The Next frontier for mass manufacturing 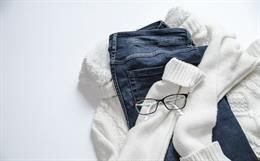 A Guide to Creating and Highlighting Quality Apparel Products 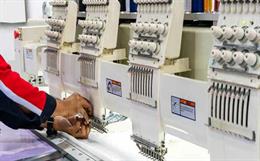 A Vaccine for Indian Industry