Over the last decade, composites of polymers reinforced with natural fibres have received ever increasing attention, both from the academic world and from various industries. There is a wide variety of different natural fibres which can be applied as reinforces or fillers, a diagram with a classification of the various fibres. All these natural fibres consist of long cells with relatively thick cell walls which make them stiff and strong. In most of the fibre plants the cells are glued together into long thin fibres, the length of which is dependent on the length of the plant. The fibres may differ in coarseness, in the length of the cells and in the strength and stiffness of the cell walls. The most important of the natural fibres used in composite materials are flax, hemp, jute, kenaf and sisal, due to their properties and availability. Flax, hemp, jute and kenaf are bast fibres, fibres which develop in the bast of the plant. Flax, hemp and jute have more or less similar morphologies and can have similar functions in the composite. These fibres are composed mainly of cellulose and some lignin and are sometimes called ligno-cellulosic fibres. Natural fibres are also expected to give less health problems for the people producing the composites.

M. Janarthanan is an Assistant Professor at the Angel College of Engineering and Technology, Tirupur

& M. Mohan Raj is a student of 3rd year in Fashion Technology at Angel College of Engineering and Technology, Tirupur 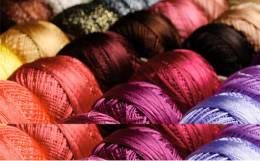