Water hyacinth is a free-floating perennial plant that can grow to a height of 3 feet. It has striking light blue to violet flowers located on a terminal spike.

Water hyacinth is a very aggressive invader and can form thick mats. If these mats cover the entire surface of the pond they can cause oxygen depletions and fish kills. Water hyacinths have to be controlled so they do not cover the entire pond. The positive qualities of water hyacinth are it is abundantly available, it grows readily without any need for sowing, weeding or fertilising, it does not require any land space. It costs nothing and to harvest it is an act of doing an environmental favour. Water hyacinth plant grows vigorously and abundantly to produce a large biomass. Has leaves rich in protein, being as valuable as that in potatoes or clover. The plant has a fibrous stem, and a high potassium concentration. Water Hyacinth is actually edible, not only for animals but for people too. Stalks and leaves are added in soups in Thailand. It has tough, fibrous roots that purify water, by absorbing the nitrogen and phosphorus on which it thrives, and also many other substances that pollute fresh water, including minerals. It absorbs toxic chemicals such as lead, mercury and strontium 90 in concentrations 10,000 times that in the surrounding water.

Water hyacinth is capable of proliferating faster than any other known fresh water plant and it is able to germinate up to 20 years (Bader et al, 2007). One plant under ideal conditions can produce 2.7 daughter plants in one week and could theoretically produce 28 000 tonnes of fresh weight in one year (Sainty, 1985). Water hyacinth can be found in many places of the world, which indicates that this aquatic weed is prone to adaptation and can tolerate considerable environmental variation (Julien, 2008).

Water hyacinth grows over a wide variety of wetland types from lakes, streams, ponds, waterways, ditches and backwater areas. In India water hyacinth potential states are Delhi, Uttar Pradesh, Bihar, West Bengal, Orissa, Andhra Pradesh, Tamil Nadu, and Gujarat. Water hyacinth grows in all types of fresh water. Water hyacinth has been widely introduced in North America, Asia, Australia, Africa and New Zealand. They can be found in large water areas such as Louisiana, or in the Kerala backwaters in India. In many areas E. crassipes particularly, is an important and pernicious invasive species. First introduced to North America in 1884, an estimated 50 kilograms per square meter of hyacinth once choked Florida's waterways, although the problem there has since been mitigated. When not controlled, water hyacinth impacts water flow, blocks sunlight from reaching native aquatic plants, and starves the water of oxygen, often killing fish (or turtles). The plants also create a prime habitat for mosquitoes, the classic vectors of disease, and a species of snail known to host a parasitic flatworm which causes schistosomiasis (snail fever).

Fresh water hyacinth is generally considered to be between 90 and 95 % water. An analysis at the Housing and Building Research Institute in Dhaka gave the results presented in Table 1:

Water hyacinth is a heliophyte plant growing best in warm waters rich in macronutrients (Centre et al., 2002). Optimal water pH for growth of this aquatic plant is neutral but it can tolerate pH values from 4 to 10 (Centre et al., 2002). This is very important fact because it points that Eichhornia crassipes can be used for treatment of different types of water waste.

Water Hyacinth as a source of natural textile fibre

Water hyacinth fibres can be seen as raw material for the manufacture of clothing and home fabrics. Processing the fibres with polyester staples initially produced blended yarns with 20-35% water hyacinth component. The stalks went through a series of chemical and mechanical treatment to achieve the crimp property of wool for better processing, reduce the plant's glue-like or gum content, and soften the fibres to make them fine and fit for knitting and weaving into apparel and other home textiles. For a yarn count of 15 Ne suitable for apparels, blends of 80/20 and 65/35 of polyester/water hyacinth fibres were used. The same blends of polyester/water hyacinth fibres were used to get a yarn count of 10-12 Ne ideal for home textiles such as curtains, upholstery, table runners, napkins, bed cover, pillow case, and other items found at home (Arlene & Obmerga, 2009).

Although water hyacinth is seen in many countries as a weed and is responsible for many of the problems outlined earlier in this fact sheet, many individuals, groups and institutions have been able to turn the problem around and find useful applications for the plant.

Fibre board. The House and Building Research Institute in Dhaka has carried out experimental work on the production of fibre boards from water hyacinth fibre. They have developed a locally manufactured production plant for producing fibreboard for general-purpose use and also a bituminised board for use as a low cost roofing material.

Yarn and rope. The stalk from the plant is shredded lengthways to expose the fibres and then left to dry for several days. The rope making process is similar to that of jute rope. The finished rope is treated with sodium metabisulphite to prevent it from rotting. In Bangladesh, the rope is used by local furniture manufacturers by winding the rope around a cane frame to produce an elegant finished product.

Basket work. In the Philippines water hyacinth is dried and used to make baskets and matting for domestic use. The key to a good product is to ensure that the stalks are properly dried before being used. If the stalks still contain moisture then this can cause the product to rot quite quickly. In India, water hyacinth is also used to produce similar goods for the tourist industry.

Water purification. In a drinking water treatment plant water hyacinth have been used as part of the pre-treatment purification step. It helps in the removal of small flocks or aggregated solid matter that remain after initial coagulation and floc removal or settling (Ryder 1992).Water Hyacinth has been used in treatment systems for textile factory effluents in Sri Lanka. Five to six clean, healthy plants are incorporated into each tank. The testing of effluents for total solids, total nitrogen, nitrates, phosphates and chlorides is done.

In last few years a great interest has been shown for research of aquatic macrophytes as good possibilities for pollutant removal or even as bio indicators for heavy metals in aquatic ecosystems (Aoi and Hayashi, 1996; Maine et al., 1999). This review article shows that there are many uses of this waste water weed. The flowers have been appreciated and distributed throughout the world. Leaves, flowers and petioles are reported to have been used as a vegetable in Java, Philippines and Formosa, but this does not seem to have become popular elsewhere. The petioles are used for making many different items like baskets, floor mats, glass mats, vases, hats, ropes, shoe soles or as stuffing for upholstery in south-east Asian countries, particularly Thailand, Philippines and Indonesia.

Rope and furniture are made in Bangladesh, Thailand and Uganda. The stalks of water hyacinth (Eichhornia crassipes) are a viable natural source of alternative textile material, according to the Philippine Department of Science and Technology's Philippine Textile Research Institute (PTRI).

Researchers at PTRI are studying water hyacinth fibres as raw material for the manufacture of clothing and home fabrics. Processing the fibres with polyester staples initially produced blended yarns with 20-35 percent water hyacinth component. The stalks are given a series of chemical and mechanical treatment to achieve the crimp property of wool for better processing. This reduces the plant's gum content, and softens the fibres to make them fine and fit for knitting and weaving into apparel and other home textiles.

Blends of polyester/water hyacinth fibres are ideal for home textiles such as curtains, upholstery, table runners, napkins, bed cover, pillow case, and other items found at home. Hand-made paper and boards are produced in Bangladesh, India and Indonesia.

Tanushree is a research scholar at Lady Irwin College, University of Delhi. 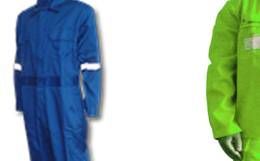