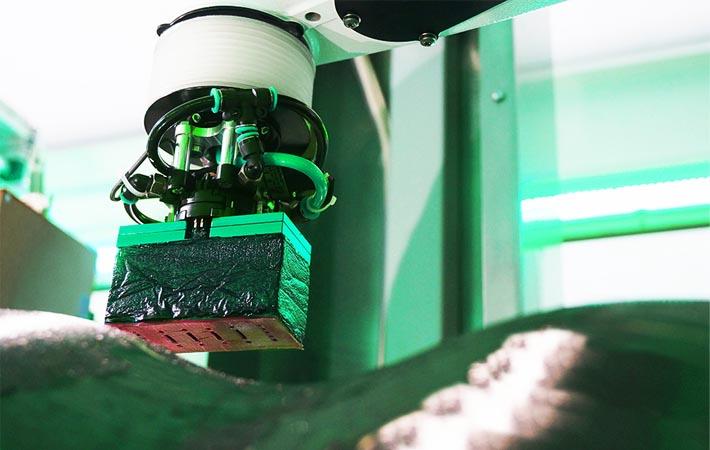 Cevotec, developer of smart production technology for fibre composites to build fully automated complex parts, is set to present extended range of applications of Fibre Patch Placement technology at Composites and Advanced Materials Expo (CAMX) from September 11 to 14, 2017, in US and at Composites Europe Stuttgart in Germany, from September 19 to 21, 2017.

Besides high-volume production systems with a capacity of 100 kg per hour, a special, low-investment version for R&D departments and low-volume production is planned. Also, the processing of prepreg material is in preparation.

Following the successful market launch of the Fibre Patch Placement system, SAMBA, and the matching software, ARTIST STUDIO, Cevotec has initiated the next development steps. Until now, the SAMBA system focused on the production of complex 3D preforms with a design space of about one cubic metre, but the attention of the Cevotec engineers is now directed to larger dimensions.

For high-volume production with Fibre Patch Placement technology, production cells will be able to process 15 kg of fibre material per hour. Integrated in a production line with several cells, the capacity, even while working on highly complex components, increases to more than 100 kg per hour – per request also as hybrid systems processing carbon- and glass fibre simultaneously.

Tailored to the requirements of development departments, research facilities, and smaller serial productions, a special SAMBA version produces patch-based preforms in lower quantities. This allows for a low-investment entry into the patch technology and enables developers to continuously work on components without occupying precious production time of a series production system.

Cevotec is also working on a new system type that will enable manufacturers to process pre-impregnated fibres such as M21 material on the basis of Fibre Patch Placement technology. (GK)

JEC to host trade fair in Seoul from November 1-3