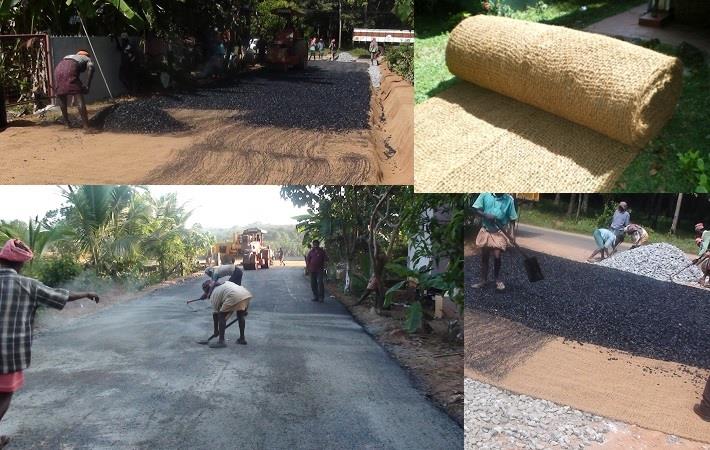 Pic: National Coir Research & Managment Institute; and Coir Board, Ministry of MSME, Govt of India
Coir geotextiles, a permeable fabric, natural, strong, highly durable, resistant to rots, moulds and moisture, and free from any microbial attack, has finally been accepted as a good material for rural road construction. The decision opens up a huge market potential for coir geotextiles in the country and will be a boon to the COVID-19 hit coir industry.

Coir geotextiles will be used for construction of rural roads under the Pradhan Mantri Gram Sadak Yojana (PMGSY)-III, says a communication from the National Rural Infrastructure Development Agency under the Union ministry of rural development, Government of India.

"This is a very significant development as we have now been successful in deploying coir geotextile in road construction. The decision will give a big boost to the coir industry especially in these difficult times of COVID-19 pandemic," said Nitin Gadkari, minister of MSME and road transport & highways, who has been behind the move to explore alternative usage of coir fibre.