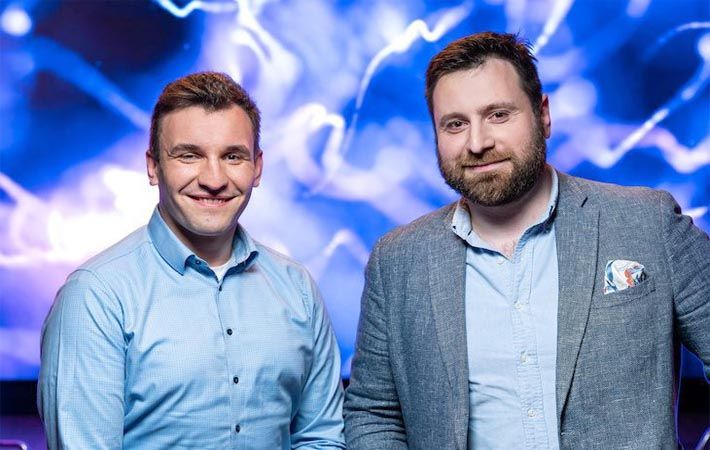 The award was given on June 24 in an online event broadcast live from Leipzig. The two companies combine the two materials basalt and aluminium to protect against electromagnetic radiation. Basalt is coated with aluminium which creates an inexpensive, sustainable and quickly produced alternative for a market worth billions.

The “IQ Innovationspreises Mitteldeutschland” comprises a prize of €15,000 which was sponsored by the Halle-Dessau, Leipzig and East Thuringia Chambers of Industry and Commerce.

FibreCoat from Aachen is a spin-off of the Institut für Textiltechnik (ITA) of RWTH Aachen University.

Electromagnetic radiation from smartphones, hospital diagnostics and electric car batteries must be shielded so that they do not interfere with each other. To prevent mutual interference, they have so far been covered with metal fibre fabrics, a time- and energy-consuming and expensive procedure. The new material from Basalt Faser and FibreCoat prevents this with a fibre core made of melted, thinly drawn basalt, which is coated with aluminium and bundled into the so-called AluCoat yarn. This yarn remains just as conductive and shielding, but is lighter, stronger, cheaper and more sustainable than previous alternatives.

In addition, there are other advantages. The number of process steps required is reduced from ten to one, 1,500 metres of yarn are produced per minute instead of the previous five metres, the energy required is only 10 per cent of the previous amount, and price is twenty times lower.

The textile made of AluCoat fibres is versatile and flexible. As wallpaper it can shield 5G radiation in offices or medical rooms or encase batteries and thus ensure the smooth functioning of electric cars. AluCoat is already being used in some companies. A European fibre centre in Sangerhausen is being planned for mass production.

FibreCoat and DBF Deutsche Basalt have won the overall prize of the 17th “IQ Innovationspreises Mitteldeutschland”. The two companies have jointly developed a new fibre material to shield electromagnetic radiation from digital end devices, medical technology or e-car batteries cheaply. These devices so far have been covered with metal fibre fabrics.
Smart Textiles