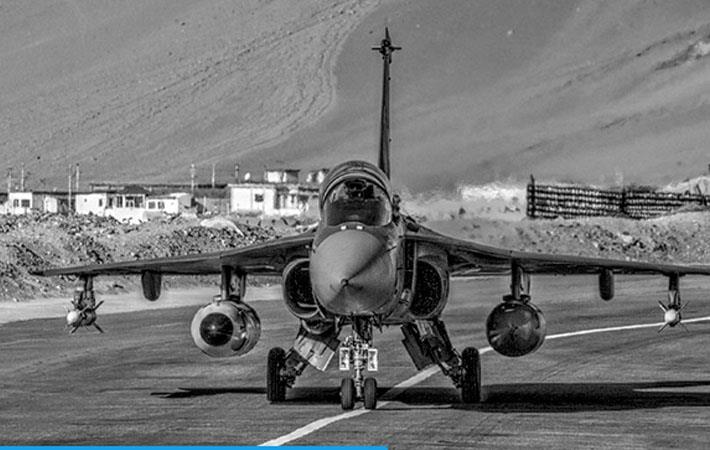 Courtesy: Tejas gov.in
CSIR-National Aerospace Laboratories (CSIR-NAL) will make critical composite air-frame components for the LCA-Tejas Full Operational Capability (FOC) standard aircraft. It has got an order of more than Rs 100 crore from Hindustan Aeronautics Limited (HAL). The use of composites has led to an overall weight reduction of about 20 per cent in the air-frame.

Dr. Harsh Vardhan, minister, science and technology and vice president, CSIR congratulated the team of CSIR-NAL and said that this is a unique effort and highlights CSIR’s commitment towards the Make in India initiative. “The cutting edge technology is one of the critical technologies that make the LCA a 4th generation fighter aircraft” added Vardhan.

“It is a matter of pride for the country that LCA’s percentage deployment of composites is one of the highest among contemporary aircraft of its class anywhere in the world and this order of Rs 100 crore plus value is a major achievement for CSIR,” said Sahni.

CSIR-NAL has now further received an order to supply additional 20 sets of parts for FOC standard aircraft (SP21-SP40) at a cost of Rs 100 crore plus including development of tooling. CSIR-NAL has identified a private industry, Tata Advanced Materials Limited (TAML), Bengaluru, as a production partner. (SV)

Air Force Research Lab to use silk in synthetic fibres