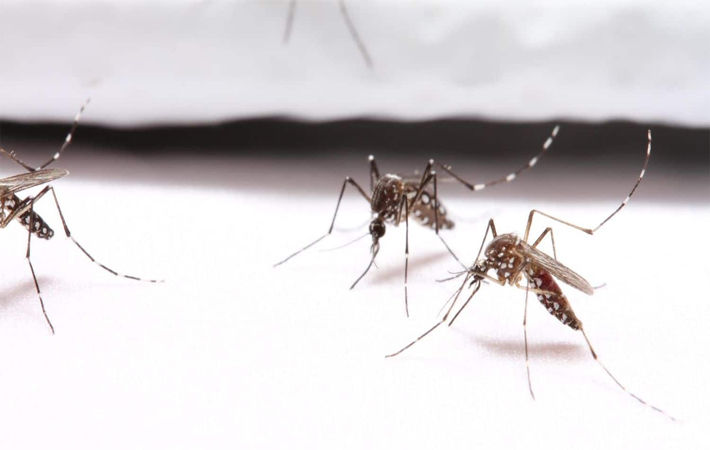 The study is reported in the journal Insects. The clothing prevented 100 per cent of bites when a volunteer wore it – a base layer undergarment and a combat shirt initially designed for the military – in a cage with 200 live, disease-free mosquitoes. Vector Textiles, an NC State startup company, has licensed the related patent rights and intends to make clothing for commercial sale in the United States.

The team thinks its computational model could be used to develop clothing to reduce transmission of diseases.

“The fabric is proven to work – that’s the great thing we discovered,” said one of the scientists Andre West, associate professor of fashion and textile design at NC State and director of Zeis Textiles Extension for Economic Development. “To me, that’s revolutionary. We found we can prevent the mosquito from pushing through the fabric, while others were thick enough to prevent it from reaching the skin.”

To develop the computational model to design textile materials that could prevent A aegypti bites, the scientists investigated the dimensions of the head, antenna and mouth of the mosquito, and the mechanics of how it bites. Then, they used the model to predict textile materials that would prevent bites, depending on their thickness and pore size. The team said the materials could be effective against other mosquito species in addition to A aegypti because of similarities in biology and biting behaviour.

“There are different uses for clothing,” said the study’s first author Kun Luan, postdoctoral research scholar of forest biomaterials at NC State. “The idea is to have a model that will cover all possible garments that a person would ever want.”

To test the accuracy of their model, the scientists tested the materials predicted to be bite-proof. In experiments with live, disease-free mosquitoes, they surrounded a blood reservoir with plastic materials made according to parameters predicted by the model. They then counted how many mosquitoes became engorged with blood.

In a subsequent test, the scientists chose a series of knitted and woven fabrics that met the bite-proof parameters determined by the model, and validated they worked in experiments using both the blood reservoir and human volunteers. The team tested the number of bites received by volunteers when study participants inserted an arm covered by a protective sleeve into a mosquito cage. It also compared the fabrics’ ability to prevent bites and repel mosquitoes to fabrics treated with an insecticide.

From what was learnt in early experiments, scientists developed the bite-resistant, form-fitting undergarment made with a thin material, as well as a long-sleeved shirt, which was initially envisioned as a combat shirt for the military.

When a volunteer wore the garments sitting for 10 minutes and standing for 10 minutes in a walk-in cage with 200 hungry mosquitos, the volunteer found the combat shirt was 100 per cent effective at preventing bites. In the first trial testing the base layer, the volunteer received bites on the back and shoulders – seven bites for 200 mosquitoes. The scientists attributed the bites to the fabric stretching and deforming, so they doubled the material layer around the shoulders, and were ultimately able to prevent 100 per cent of bites. They also tested the clothing for comfort, and to see how well it trapped heat and released moisture.

“The final garments that were produced were 100 per cent bite-resistant,” said Michael Roe, William Neal Reynolds Distinguished Professor of Entomology at NC State. “Everyday clothing you wear in the summer is not bite-resistant to mosquitoes. Our work has shown that it doesn’t have to be that way. Clothes that you wear every day can be made bite-resistant. Ultimately, the idea is to have a model that will cover all possible garments that person would ever want – both for the military as well as for private use.”

Scientists at North Carolina State University have produced insecticide-free, mosquito-resistant clothing using textile materials which were bite-proof in experiments with live mosquitoes. The textile materials were developed using a computational model, which describes the biting behaviour of Aedes aegypti, the mosquito that carries viruses.
Protective Textile