The Virtual Trade Expo is Now 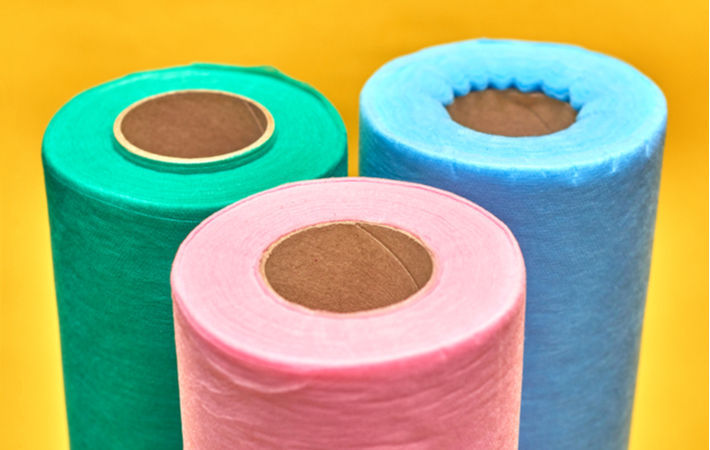 The growth figure accounts for not only the addition of new lines, but also machine productivity increases and line closures, to arrive at a net increase growth figure. In the last three years, 51 lines have come online and 22 lines have been shut-down. Furthermore, as a result of the pandemic some of the new line additions planned for 2020 have shifted to 2021, according to the report.

Operating rates in 2020 were two-sides of the same coin, as some end-use markets were completely shut-down for a few months, notably building and vehicle construction, and other end-uses were operating full-out. Producers were challenged by workforce and transportation issues. As a result, the overall operating rate only increased one-percentage-point over 2020. Additionally, as the operating rate is based upon tonnage, the increased demand for lighter-weight materials, medical apparel and fine-fibre meltblown, affected the total tonnage output, as some lines were running full-throughput of surface area, but not tonnage, INDA said in a press release.

North American imports and exports, in tonnage, increased 51.2 per cent and 14.2 per cent respectively year-over-year. Imports were led by China (+97,200 tonnes, +121 per cent) and India (+11,000 tonnes, +37 percent). Even with the significant shifts in North American trade dynamics, nonwovens tend to stay where they are produced, with the net trade balance (imports less exports) accounting for less than ten per cent of the region’s capacity, the report said.

Based on extensive research, producer surveys and interviews with industry leaders, the report provides an overall view of North American supply, including the key metrics of capacity, production and operating rates, in addition to regional trade, through the year 2020. The 72-page report contains 36 figures and 11 tables, with two new figures this year.

The report, and the quarterly INDA market pulse and monthly price trends summary, are provided to the approximately 375 INDA member companies and associates as part of their membership. The data gathered for this annual report serves as the foundation for the biannual North American Nonwovens Industry Outlook, which was recently published in December of 2020, according to INDA.

“One of INDA’s key services is to provide valuable data and actionable industry information to enhance decision making in our capital-intensive industry. This report is the most complete and accurate portrayal for both rolled goods for sale and also material produced for internal consumption in North America. It also presents the industry operating rates in key areas; the essential element for strategic planning and business investment decisions,” Dave Rousse, INDA president said in a statement.

The North American nonwoven capacity has increased to 5.552 million tonnes, a net increase of 0.7 per cent (39,000 tonnes) over 2019, according to the eighth edition of the annual North American Nonwovens Supply Report. INDA, the association of the nonwovens fabrics industry, serves global companies in the nonwovens/engineered fabrics industry.
More INDA - Association of Non Woven Fabrics Industry News...
Nonwoven