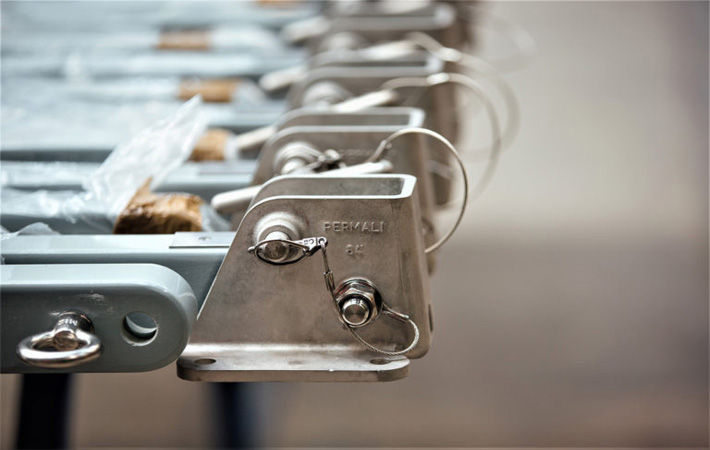 Extensive mechanical and fire, smoke and toxicity (FST) testing to the new Defence Standard 07-247 has been carried out to validate the new material’s suitability for the demanding deck safety applications. UK MoD fire retardancy  standards have become even more stringent since the first Permali composite stanchions were fitted on the decks of Royal Navy ships more than 30 years ago.

“The challenge was to achieve the fire performance required by this more demanding MoD FST standard without introducing the mechanical performance loss typically associated with the addition of fire retardant fillers. Working with our customers and the MoD regulatory team, we have managed to develop a technical solution which provides the right balance of properties needed for this next generation of naval stanchions. Permaglass XGR2/4 is now specified for manufacturing all four types of safety systems that Permali supplies for naval vessels,” Steve Benn, Permali Technical Manager for composites, said in a press release.