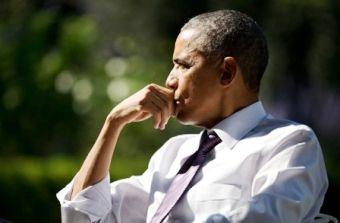 President Obama/courtesy: White House
To ensure that United States remains at the leading edge of fibre science, President Barack Obama has announced the launch of Competition for New Textiles-Focused Manufacturing Innovation Institute with a US$ 150 million public-private investment.
The new competition, kicked off by the Department of Defense is the ninth manufacturing innovation institute competition launched by the Administration to date, joining the eight institutes already underway.
The Revolutionary Fibers and Textiles Manufacturing Innovation Institute will have a $75 million public investment matched by more than $75 million of private investment in researching, prototyping, and commercialising fibres with extraordinary properties, a media release from the White House said.
The modern-day fabrics and fibres, known as technical textiles, boast novel properties ranging from being incredibly lightweight and flame resistant, to having exceptional strength and electronic sensors. With wide-ranging applications, technical textiles can forge the foundation of protective gear for firefighters impervious to the hottest flames, replicate the sensing capabilities of a smart watch into a lightweight fabric, or detect when a wounded soldier needs to be treated with an antimicrobial compression bandage.
After a decade of decline in US manufacturing during the 2000s, the US textile industry is adding jobs for the first time in two decades, increasing shipments by nearly a fifth since the recession, and winning globally with a 45 percent increase in exports since 2009. The latest announcement builds on this momentum in US textile manufacturing and lays the foundation for future leadership in the production of sophisticated fibres and textile technologies.
In the US, as part of a National Network for Manufacturing Innovation, each manufacturing institute serves as a regional hub for leadership in emerging manufacturing technologies, bridging the gap between early research and product development by bringing together companies, universities and other academic and training institutions, and Federal agencies to co-invest in key technology areas that can encourage investment and production in the country. (RKS)