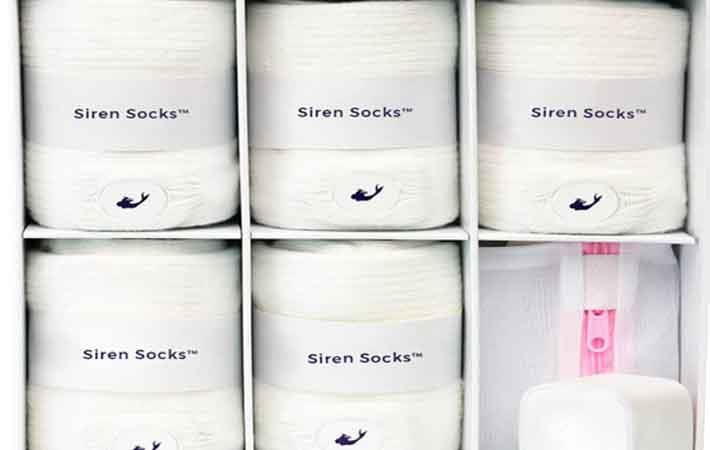 The final close puts the total Series B at nearly $21 million and includes participation by all existing investors as well as new investors, such as Manta Ray, Mighty Capital, Portfolia and David Helgason.

Since the beginning of the year, Siren has seen a drastic increase in monthly subscriptions - up almost 20 times. This increase is reflected across Siren's user base for patients and ordering clinics. The number of patients with signed contracts has increased by 340 per cent and the number ordering clinics has more than tripled, increasing 216 per cent. One of these ordering clinics is StrideCare, the largest podiatry network in Texas.

Siren's rapid growth has been further fuelled by the increased demand for RPM and decrease in in-person office visits due to COVID-19. This decrease may have helped to generate a spike in telehealth services early on by as much as 300-fold but has since flattened, according to the Epic Health Research Network.

"The majority of clinics have seen a 90 per cent decrease of in-person visits. Now, more than ever, it's important for patients to stay connected to their doctors and for doctors to stay connected to their patients. Because Siren allows doctors and healthcare workers to transition to remote monitoring, we have forecasted inbound demand from clinics to well above 400 per cent of expectations," said Ran Ma, CEO and co-founder of Siren. "The future of digital healthcare is RPM, giving healthcare providers insights they can't glean from telehealth alone."

Siren's first product is an FDA-registered temperature monitoring sock that connects wirelessly to a software application that serves at-risk populations. With Siren's product, healthcare practitioners can detect early signs of inflammation in patients at risk of developing diabetic foot ulcers. RPM capabilities are especially valuable for older patients and those with chronic or underlying medical conditions, like diabetes, both of whom are higher-risk populations for COVID-19. During the first two months of the pandemic, the UCSF Limb Preservation Programme showed the number of major amputations for high-risk populations nearly tripled from pre-pandemic levels. In fact, the same study reports that while there was a 32 per cent decrease in operating room (OR) visits for patients, OR rooms still saw a 44 per cent increase in amputations.

"Our patients are some of the most vulnerable and underserved populations. To further serve our patients, Siren is also rolling out cellular connectivity, which means users can use the product anywhere with access to an electrical plug; no smartphone, WiFi or setup required," added Ma.

"DCM has been early supporters of Siren, and we look forward to the company's growth as it continues to bring its FDA-registered SaaS product to millions of at-risk diabetic neuropathy patients," said Jason Krikorian, general partner at DCM and Siren board member.