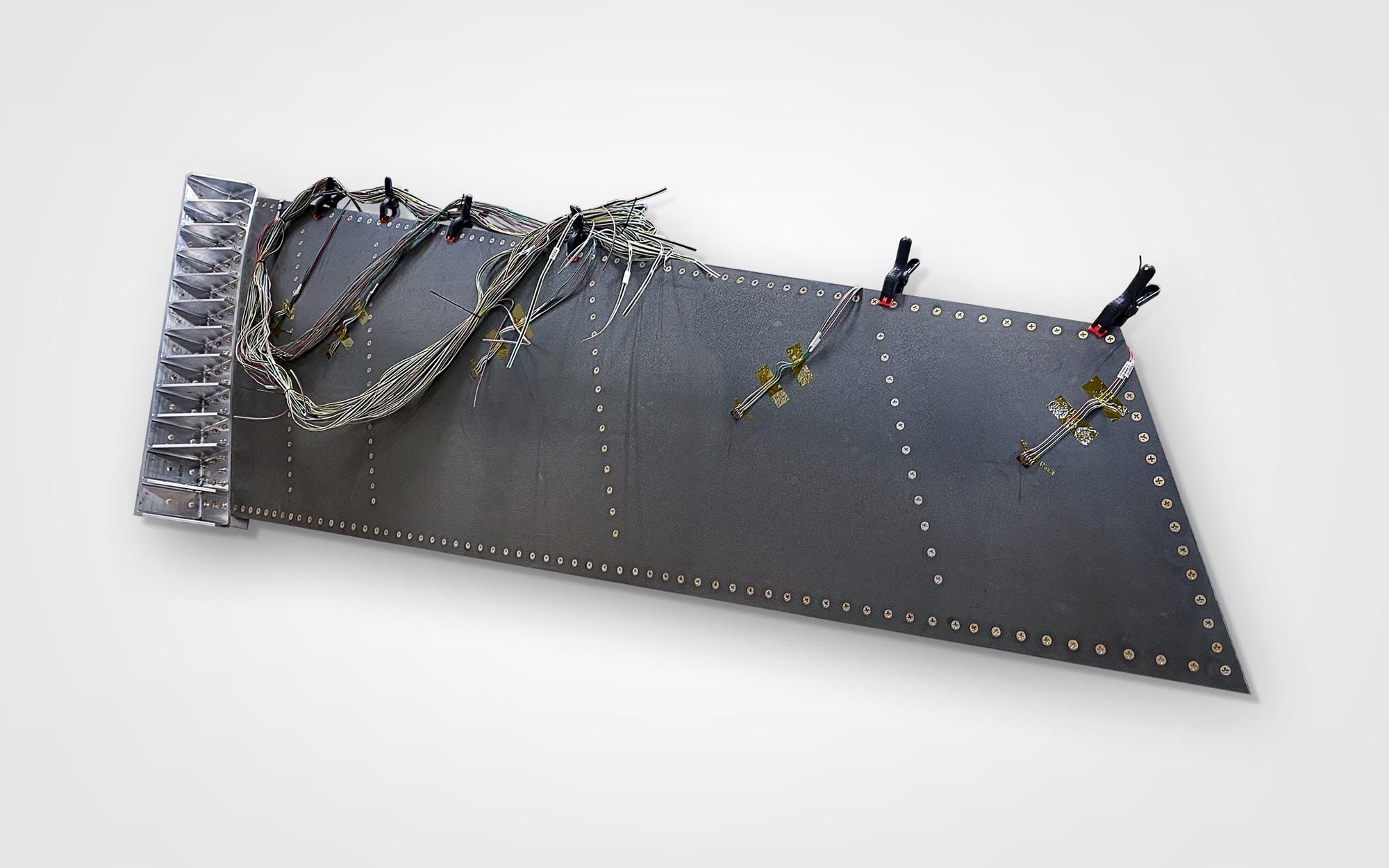 The final wing assembly was delivered to the United States Air Force to undergo static load testing. The fully assembled wing was loaded to 160 per cent of Design Limit Load. No measured or visual damage to the CF3D printed spars was detected. The printed carbon fibre spars achieved a 60 per cent fibre volume fraction with approximately 1 per cent to 2 per cent voids.

“The successful work with Continuous Composites and AFRL’s focus on CF3D for this project not only advances new 3D printing technology but also offers the potential for aerospace-grade composite printing in high-performance industries,” said John Scarcello, senior manager, Lockheed Martin Skunk Works. “We recognise this process is paving the way for broader applications within both defence and commercial applications, and Lockheed Martin plans to be part of that future of advanced manufacturing.”

“This project is one application where CF3D showcases the significant cost reduction and design freedom while exceeding the stringent mechanical properties required for aerospace,” concluded Tyler Alvarado, chief executive officer, Continuous Composites. “Our team is very appreciative to Lockheed Martin, the US Air Force, and other partners for including CF3D in this LCAA project. We are taking the next steps to select our long-term DoD prime partner while engaging the Air Force as evidenced by the upcoming announcements of our key involvement with AFRL PiCARD programme in parallel to a five-year CRADA.”

Continuous Composites has succeeded in making a Low Cost Attritable Aircraft (LCAA) wing under an Air Force Research Laboratory's two-year Wing Structure Design for Manufacturing (WiSDM) contract through Lockheed Martin. The project is based on a new structural design paradigm to bring down costs and lead times for attritable airframe structures.
Aerospace Textiles

Essity acquires distribution rights to Sorbact in Australia and NZ