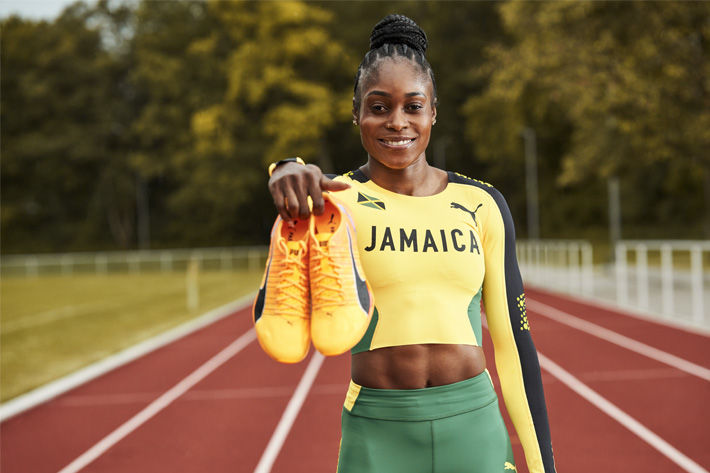 Elaine Thompson-Herah is the first woman in history to win the ‘sprint double’ at consecutive Olympics, capturing gold in both the 100 metre and 200 metre at the 2016 Rio Olympics and again at the 2020 Tokyo Olympics. Apart from her historic Olympic achievements, Elaine Thompson-Herah became the fastest woman alive when she ran 10.54 seconds at the Prefontaine Classic in Eugene, USA, in 2021, Puma said in a press release.

Germany's Puma has signed five-time Olympic champion and fastest woman alive, Elaine Thompson-Herah. The 30-year-old Jamaican will further boost the company's impressive roster of track and field athletes ahead of the 2022 World Athletics Championships in Eugene, Oregon, USA. Puma is a leading sports brand for footwear, apparel, and accessories.#

“We are thrilled that Elaine has chosen to join the Puma family. With her speed she embodies everything we stand for as a brand. Elaine ran the second-fastest time in women’s history last year and is only 0.05 seconds off a world record. She really targets the 100-meter world record and we want to help her achieve that goal with our most innovative performance products,” Puma CEO, Bjørn Gulden, said.

“Puma just felt like the right fit, a company that has been working with the world’s fastest man for decades. I’m excited to be part of such an elite group and can’t wait to get started. I really want to break the 100-metre world record. The current one has been undefeated for 34 years. Now is the time. I think there's still a lot I can unleash,” Elaine Thompson-Herah, said.