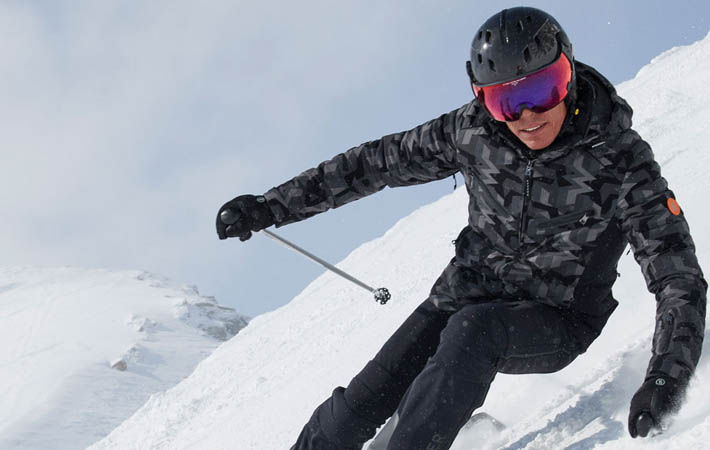 Pic: Bogner
Germany’s Willy Bogner is celebrating its 90th anniversary and is planning numerous jubilee activities in honour of the occasion. Founded in 1932 as a small ski store by Willy Bogner senior, the company became a leader in the fashion and sports industry under the leadership of the next generation, Willy Bogner junior. Bogner is a lifestyle company.

Today, the company is well positioned in the luxury and premium market with its two brands Bogner and FIRE+ICE and shapes relevant trends as a pioneer in Athluxury Sports Fashion worldwide – even beyond the ski slopes. In addition to the Bogner company, Willy Bogner junior is celebrating a significant anniversary this year with his 80th birthday, the company said in a press release.

To mark the anniversary, various activities have been launched. The jubilee ski set, exclusively limited to 90 pieces, is inspired by the iconic racing ski of Willy Bogner senior from the 1930s. Another highlight will be the launch of the limited James Bond Capsule Collection in fall. The cornerstone for the special partnership between Bogner and 007 was laid already over 50 years ago by Willy Bogner junior, when he produced the world’s first action ski scenes for the James Bond film On Her Majesty’s Secret Service (1969). The joint Capsule Collection honours the long-standing partnership on the occasion of the 60th anniversary of the James Bond films and Bogner’s 90th anniversary.

Germany's Willy Bogner is celebrating its 90th anniversary and is planning numerous jubilee activities in honour of the occasion. Founded in 1932 as a small ski store by Willy Bogner senior, the company became a leader in the fashion and sports industry under the leadership of the next generation, Willy Bogner junior. Bogner is a lifestyle company.#

One of this year’s highlights is the anniversary Capsule Collection “Frozen Riviera”. It combines the active and ready-to-wear collections of Bogner, marking a further step into the future that will bring sport and fashion closer together. At the same time, it is a tribute to Maria Bogner, who already united fashion and sport in the 1950s. The iconic Bogner stretch pants were only one of her ideas. The unique Capsule Collection is part of the main Fall/Winter 2022 collection entitled “Off to New Horizons”. It symbolises 90 years of pioneering work and combines the iconic silhouettes of the past decades with new perspectives.

“On behalf of the entire Bogner team, we sincerely congratulate Willy Bogner on his 80th birthday. He can look back on an exciting career and impressive lifetime achievements. He truly shaped the Bogner company and led it to international success. Even today, Willy Bogner is an inspiration and role model. The success of the past decades and the positive outlook for the future give us reasons to celebrate. We have planned special jubilee activities to honour the milestones of our eventful 90-year company heritage,” Heinz Hackl, Co-CEO of Bogner said in a statement.

“Bogner not only has an impressive past but also great potential for the future. We have many plans for the time to come and look forward to continuously surprise and inspire our customers worldwide with our ideas. Our anniversary collections will once again show what we stand for: unique Athluxury Sports Fashion, strong brands and our enthusiasm for what we do. We are starting into our anniversary year full of energy and motivation,” Gerrit Schneider, Co-CEO of Bogner said.